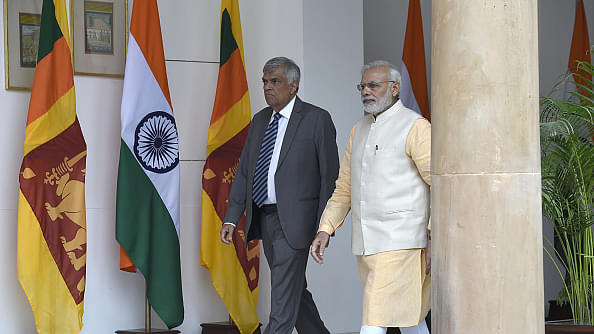 Following a written assurance by given by the Sri Lankan Prime Minister Ranil Wickremesinghe, that no deal will be inked on the China Bay Oil Tank Farm in Trincomalee during his Indian trip, the Ceylon Petroleum Corporation (CPC) Trade Unions’ collective called off its indefinite strike.

The trade union did not want the government to go ahead with a deal with which, they claim, would give India too much leverage over fuel prices in Sri Lanka. The trade union leaders argued that deal will put 99 oil tanks in Sri Lanka in the hands of Lanka IOC, a subsidiary owned by Indian Oil Corporation (IOC) and provide the Indian corporation with a leverage to decide the market prices.

During Prime Minister Narendra Modi's visit to Sri Lanka in March 2015, India had promised to help Sri Lanka develop its port town of Trincomalee town as a regional petroleum hub. Lanka IOC and Ceylon Petroleum Corporation have agreed to jointly develop the Upper Tank Farm of the China Bay Installation in Trincomalee.

Lanka IOC currently operates 15 of the oil tanks; the rest have not been used for decades. IOC has agreed to build a second refinery with a capacity of at least 1,00,000 barrels per day (bpd) in Sri Lanka,