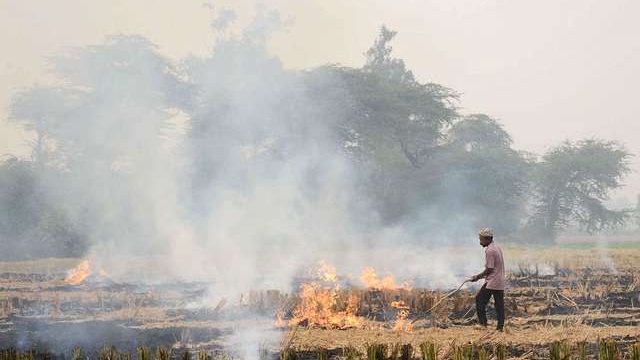 Latest data from the Indian Council of Agricultural Research (ICAR) has shown a reduction of 12.01 per cent in incidents of stubble burning compared to the same period in 2018.

The sates of Uttar Pradesh, Haryana and Punjab recorded a reduction of 48.2 per cent, 11.7 per cent and 8.7 per cent respectively this year till date.

The reduction has been the result of the Central Sector Scheme, ‘Promotion of Agricultural Mechanization for In-Situ Management of Crop Residue in the State of Punjab, Haryana, Uttar Pradesh & NCT of Delhi’ that was launched with a total outgo of Rs 1151.80 Crores for the period from 2018-19 to 2019-20 by the Government of India.

The scheme was launched to subsidize machinery required for in-situ management of crop residue in the States of Punjab, Haryana, Uttar Pradesh and NCT of Delhi and hence reduce stubble burning.

Within one year of its implementation utilizing an amount of Rs 500 crore, the happy seeder/zero tillage technology was adopted in 8 lakh hectares of land in the North-Western states of India. During 2018-19, the funds amounting to Rs. 269.38 crores, Rs.137.84 crores and Rs. 148.60 crores have been released to the Governments of Punjab, Haryana and Uttar Pradesh respectively