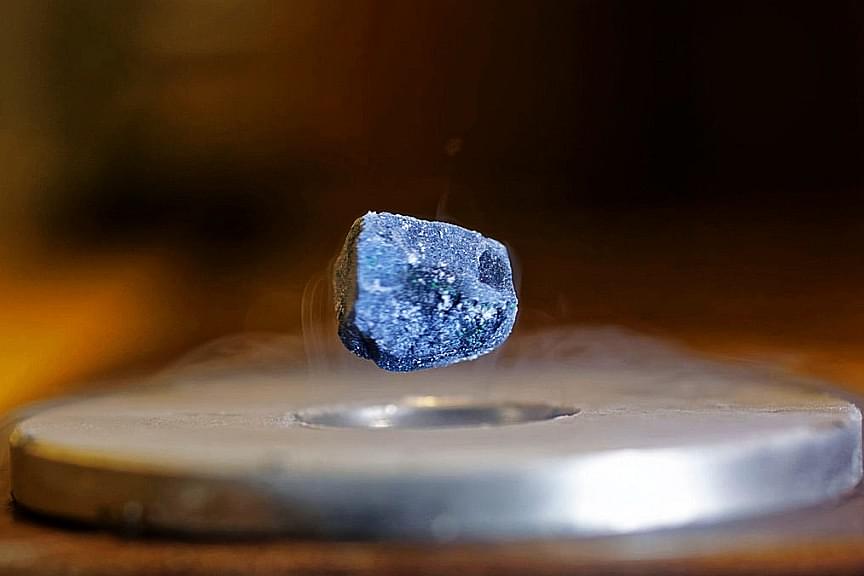 A high temperature superconductor levitating above a ring magnet. (Jullit31 via Wikimedia Commons)

Anshu Pandey and his doctoral student Dev Kumar Thapa, from the Solid State and Structural Chemistry Department of the Indian Institute of Science (IISc), Bengaluru, have claimed a major breakthrough which claims that superconductivity, till now considered as a low temperature-only phenomenon, has been detected by the team 'at ambient temperature and pressure conditions in films and pellets of a nano-structured material that is composed of silver particles embedded into a gold matrix.'

Till recently, the transition to superconductivity had been observed only under ‘conditions of extremely low temperature and/or extremely high pressure.’ This research paves a way to deal with the 'need for a material system that undergoes this transition under more conveniently attainable temperature and pressure conditions,' the researchers have pointed out.

Given the fact that superconductivity has very important applications in various vital fields from medicine to particle accelerators, apart from providing us glimpses into the quantum phenomena, the importance of this discovery is immense if replicated. The scientists say in their conclusion that their observations 'strongly suggest the emergence of superconductivity in an gold-silver based material at ambient temperature and pressure conditions.’ ’

The observations have elicited both enthusiastic response and cautionary approach from fellow scientists. Professor Pratap Raychaudhuri from the Superconductivity Lab at Tata Institute of Fundamental Research (TIFR), Mumbai considers the results to be 'robust and interesting' and expressed his surprise that the silver-gold nano system shows superconductivity. Describing the results 'a pleasant surprise', Dr. Ganapathy Baskaran of Chennai’s Institute of Mathematical Sciences who also has been working in the field of superconductivity for nearly three decades pointed out that the IISc team "didn’t observe zero resistance but the resistance seen is very low, much lower than any metal.”