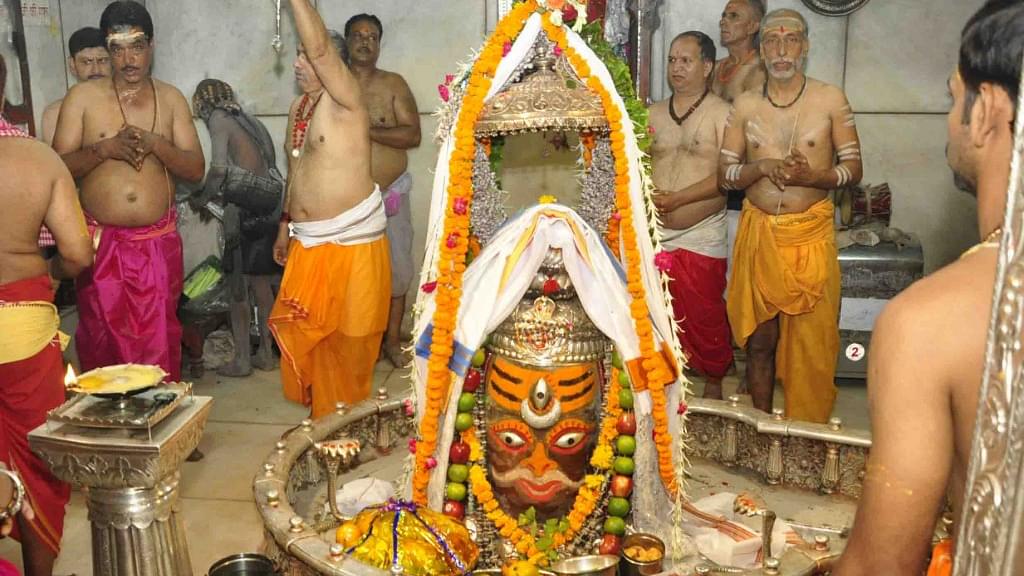 A Supreme Court (SC) bench comprising Justices Arun Mishra and UU Lalit today (2 May) refused to interfere with the rituals being observed at the Mahakaleshwar Temple in Ujjain while stressing on the preservation of the jyotirlingam at temple.

The court has been dealing with the issue of the jyotirlingam’s preservation after a petition was moved against the ‘panchamrit shringar’ and ‘bhasam aarti’ of the lingam in the temple.

However, an ASI report had found that the bhang being offered during the rituals was in fact protecting the lingam from corrosion.

The court has now said that the rituals are to be decided by the temple management committee and the recommendations of the committee are to be followed. The committee has recommended that each devotee can conduct the lingam’s jalabhishek with a fixed 500 ml of water from an RO machine in the temple.

The court also took a strong exception of some signboards in the temple premises saying that the worshipping norms were directed by the apex court, while in fact it had given no such directions.

An expert committee had earlier been constituted by the top court to look into the preservation of the lingam and submit a report for the overall maintenance and improvement of the temple and its premises.