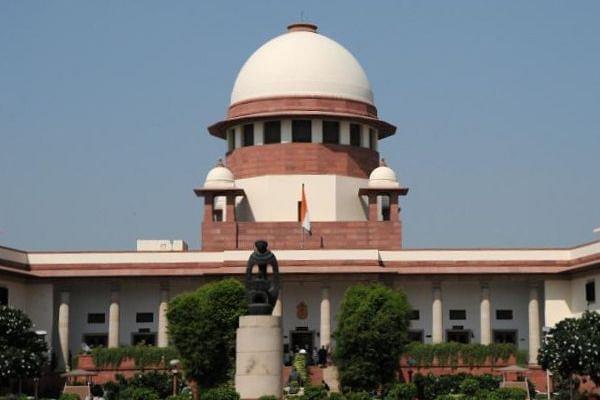 The Supreme Court will announce verdicts on review petitions against its orders in two important cases today (14 November) - entry of women in Sabarimala temple and the Rafale deal.

A five-judge Constitution bench headed by Chief Justice Ranjan Gogoi in February concluded the arguments and reserved the judgement on the batch of petitions seeking review of the apex court verdict in 2018, which allowed the entry of women of all ages into the Sabarimala temple.

It is one of the most important judgements, which is expected to be pronounced before the Chief Justice's term ends this month.

On 28 September, 2018, the top court opened the gates of the Sabarimala Temple in Kerala dedicated to Lord Ayyappa to the women in the age group of 10-50, saying it was violative of their fundamental rights and constitutional guarantees.

The court will also pronounce judgement on the Rafale deal, which was made an election issue by the Opposition citing corruption. The apex court had reserved the verdict on the deal in May this year.

Attorney General (AG) K.K. Venugopal representing the Centre argued before a bench headed by Chief Justice Ranjan Gogoi that there was no "corruption" in the Rafale deal and that the government is bound to maintain secrecy on pricing, as per Inter-Government Agreement (IGA) signed between India and France. The AG had insisted that the world over, defence deals are not examined in a court of law.

Referring to the Rafale deal as a question of national security, the AG had told a bench headed by Chief Justice Ranjan Gogoi, "We have signed an IGA, which we are obliged to follow. Rafale is not for ornamentation. It is essential for protection of each and every one of us....nowhere in the world such matters go before the court."

The AG also told the court that in accordance with Article 10 of the IGA, the pricing in the deal cannot be disclosed. "In this matter, the secrecy clause of the inter-governmental agreement between India and France, pertains to defence deals and not to the award of contract for construction of flyover or dams...," said the AG, insisting on the dismissal of review petitions.

Former Union ministers, Yashwant Sinha and Arun Shourie, and activist lawyer Prashant Bhushan, who have filed the review petitions, contended before the top court that it should set aside 14 December, 2018, verdict, which dismissed their plea for criminal investigation into the Rafale deal.

Later, the apex court reserved verdict on a batch of petitions seeking review of its 14 December judgement.