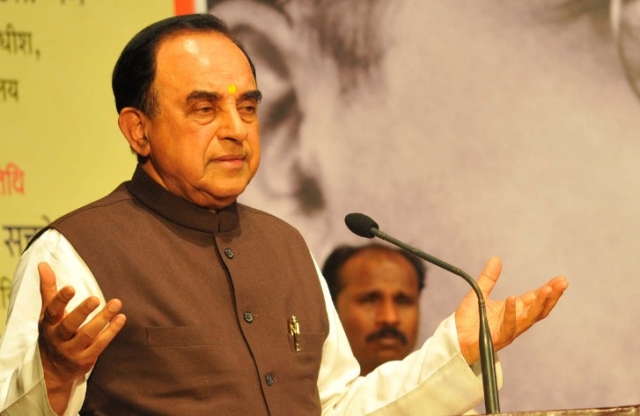 "Imran Khan is nothing but a 'chaprasi' because the country (Pakistan) is run by the military, ISI and terrorists, and Imran Khan is just one of the 'chaprasi' of the government. He may be called the Prime Minister, but he is a 'chaprasi'," Swamy said in a press conference in Tripura.

Swamy was in Tripura to attend a programme of Sanskritik Gaurav Sangathan’s Tripura unit.

Swamy also suggested that External Affairs Minister (EAM) Sushma Swaraj should “not waste her breath” by speaking on Pakistan in the United Nations General Assembly (UNGA) and rather ignore it. He also said that India should prepare its military and should, on an opportune moment, breakup Pakistan into four parts.

Swamy also trained his guns towards Bangladesh’s Prime Minister Sheikh Hasina on the atrocities being committed on Hindus in Bangladesh.