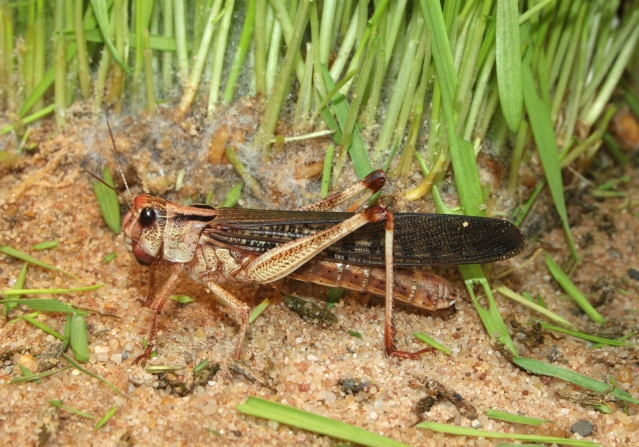 The menace of locusts has widened its impact with the devastating swarms having spread the reach from Rajasthan to states like Uttar Pradesh (UP), Madhya Pradesh (MP), Punjab, Haryana and more, reports Business Standard.

After entering Rajasthan's Jaipur yesterday (26 May), the swarms entered UP where the administration has put as many as 10 districts under alert. the maximum damage is said to have been caused to the standing vegetable crops.

Similarly, in MP, the farmers have said that the yield of their standing summer moong crop is set for adversity. It should be noted that MP has witnessed record sowing of moong crop this year, as much as 61 per cent more than last year in terms of acreage. State's Sehore, Nasrullaganj, Harda, Dewas, and Khategaon districts have suffered the most.

This year's locust attack has been termed the worst in over two decades, with Rajasthan having suffered the harshest blow.

It should be noted that the locusts have attacked more than 12 nations since December 2019, including Pakistan, Iran and ten nations in Africa causing damage to crops sowed over millions of hectares.