‘Taking Back PoK Land Next On Agenda, Article 370 Died The Day Pandits Were Driven Out’: Subramanian Swamy In Rajya Sabha 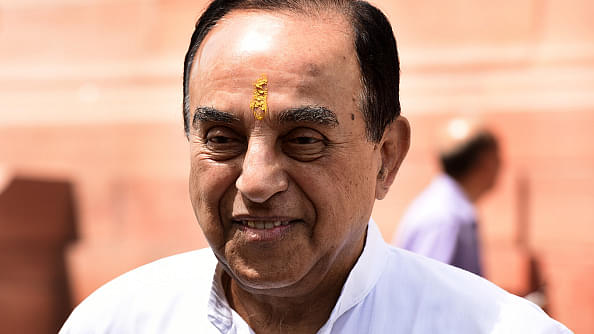 BJP MP in Rajya Sabha Subramanian Swamy has said that bringing back Pakistan-occupied Kashmir to India was next on the agenda after Article 370 having been abrogated today (5 August).

Speaking at the upper house, Swamy questioned the Congress and opposition leader’s understanding of the law. Leader of Opposition in the RS, Gulam Nabi Aazad had said that the Article 370 links J&K to India.

Swamy said that Article 1 of the Indian Constitution contains the schedule of Indian states and territories which clearly mentions J&K. He further added that even the preamble of J&K says that it is an integral part of India.

He added that Article 370 allows itself to be abrogated by a Presidential Order and that revocation was long overdue. He also said that elements were trying to take advantage of the prevailing situation, like the Pakistani PM Imran Khan who has welcomed a mediation by the US into Kashmir.

He also said that the Article 370 was dead the day 5000 Kashmiri Pandits and Sikhs were driven out of the valley. Speaking on the UN resolution filed by Jawaharlal Nehru on Kashmir, he said that it should be taken back as it was submitted without the advice of the Union Cabinet.

Swamy then said that next on the agenda was taking back the territory occupied by Pakistan now known as Pakistan-occupied Kashmir (PoK) and that action should be taken when the nation was ready. He said that a resolution on the same has already been passed by the Parliament.