Tamil Nadu: 400 Students May Be Barred From Class 11, 12 Board Exams For Missing School To Attend Coaching Classes 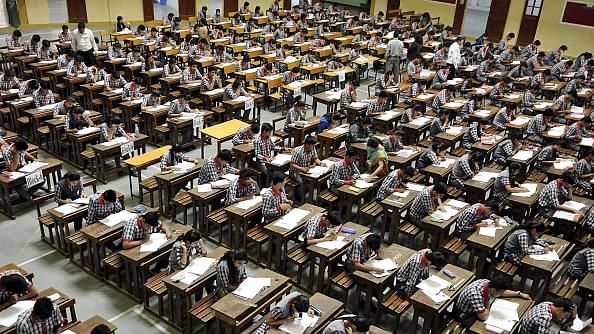 The officials have also reportedly found some proxies marking their attendance or the schools being lenient on erring students. (Representative Image) (Photo by Arun Mondhe/Hindustan Times via Getty Images)

As many as 400 students of Class 11 and 12 in Tamil Nadu's Cuddalore district may miss their board exams on account of poor attendance in schools, the New Indian Express reports.

A surprise visit by the school education department officials on 18 January to a private coaching center at Neyveli has brought the issue in light.

The education department is reportedly awaiting more details to decide on allowing such students to appear for the board exams as they would lack the minimum attendance required. The officials also reportedly found some proxies marking their attendance or the schools being lenient on erring students.

Around 200 students each of Class XII and Class XI were studying in the coaching center, skipping their schools for months, according to the education department officials.

Neyveli in Tamil Nadu is a popular destination among students preparing for competitive exams like NEET and IIT-JEE.

"The classes (at the coaching centers) start at 7 am and go on till 7 pm, and they charge a fee of Rs 2.50 lakh per year. The students do not attend schools regularly and spend most of their time at coaching institutes," TNIE quoted a Neyveli resident as saying.

The issue of coaching centers diverting students’ attention from regular school education has already been raised at national level.