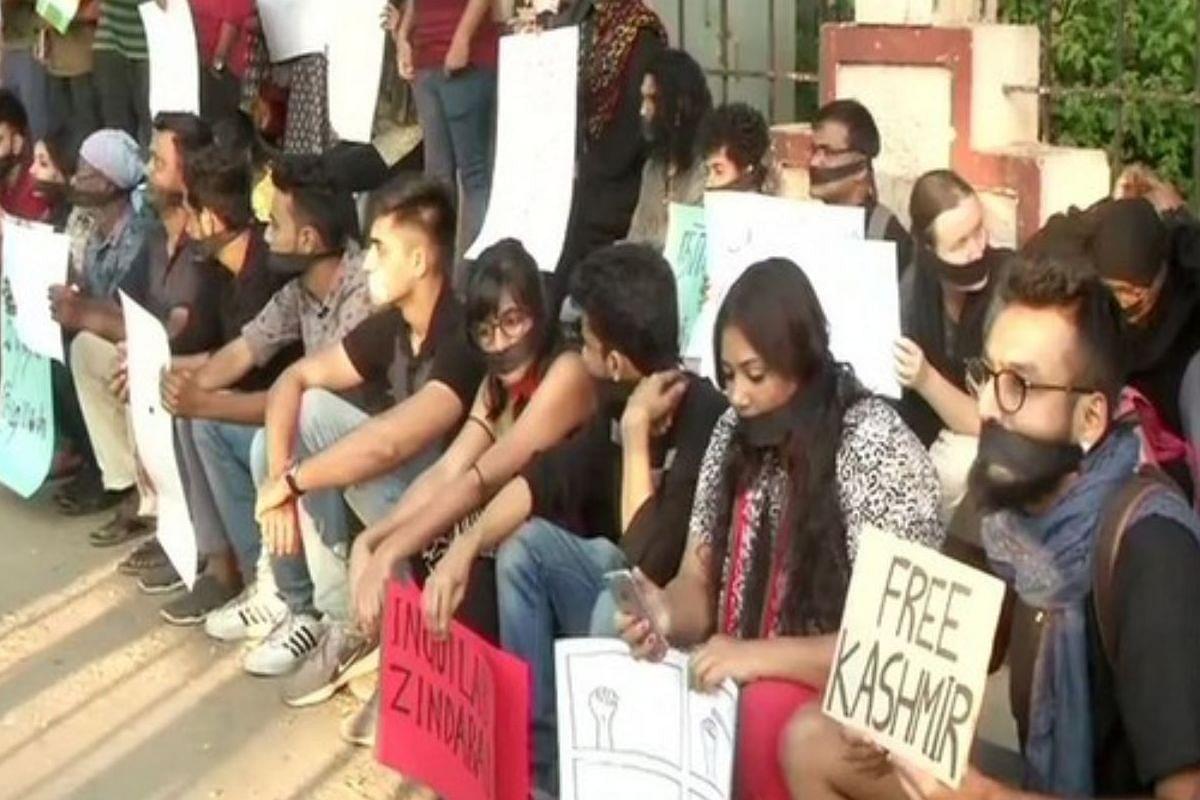 A protest against the Citizenship Amendment Act (CAA), 2019 and proposed National Register of Citizens (NRC) exercise held in Chennai in Tamil Nadu witnessed a protester holding a placard with "Free Kashmir".

The said protest was being held in Chennai's Valluvar Kottam region on Saturday (11 January).

In a similar development, administration of the Mysore University filed a complaint with the police after posters demanding a "free Kashmir" were sighted in the campus during a protest against recent violence in Delhi's Jawaharlal Nehru University (JNU).

A similar poster was seen in Mumbai during a protest on 6 January against the violence in JNU. After her other comments on social media about “occupation” of Kashmir went viral, the protester said that the poster was misunderstood, it only talked about restoration of internet services in Kashmir Valley.