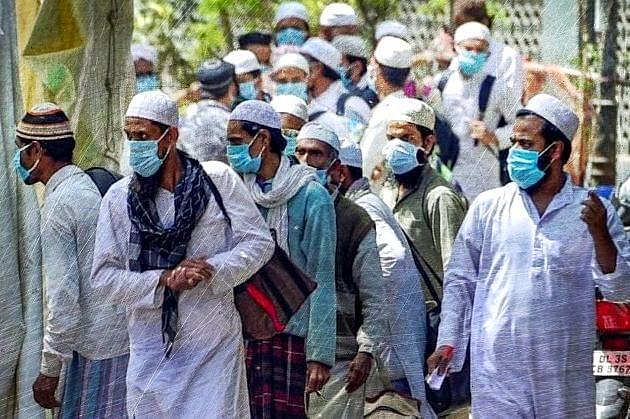 Unruly groups of people in localities of Madurai and Tiruppur in Tamil Nadu that have novel Coronavirus (Covid-19) cases traced to the Nizamuddin Tablighi Jamaat congregations have attempted to break the restrictions imposed to contain the pandemic virus.

Without identifying those who were attempting to protest against the restrictions and break the curfew, news agency ANI reported that a group of people at South Veli Street in Madurai protested against restrictions of movement on Sunday (3 May).

The report said the group dispersed after being persuaded by the police.

However, videos were circulated in social media in which the crowd was shown to be from South Veli street, a containment zone for Covid-19, in the temple town.

The locality is part of the regions that have been affected by Coronavirus traced to the Tablighi Jamaat Aalami Markaz Nizamuddin or Banglewali Masjid congregations held in Delhi during March.

The first Covid-19 death in Tamil Nadu was reported from Madurai after a 54-year-old person came in contact with a group Tablighi Jamaat preachers from Thailand at the Anna Nagar mosque, which is in a nearby area.

The video showed women, in particular, lamenting that there was no limit to the restrictions imposed by the Government despite police pleading with them.

In another incident that took place on 2 May, a group of people gathered at a junction of Periyathottam locality in Tiruppur town. The mob protested against the closure of an eatery in the locality.

A video of the protest showed a person in the mob asking police to keep away from the locality saying they could be Coronavirus carriers.

Many women were part of the protest in the locality, among the first ones report Covid-19 cases traced to the Banglewali congregations.

The Tamil Nadu government has not denied these incidents.

So far, 3,023 persons have tested positive for Coronavirus in Tamil Nadu with 30 deaths being reported. A feature of Covid-19 cases in the State is that 1,379 have recovered so far.

Tamil Nadu capital Chennai has reported the most number of cases in the state - 1,458, while Tiruppur and Madurai have reported 116 and 90 cases each.

The Nizamuddin Markaz congregations have been traced as the infection source in at least 30 per cent of the Coronavirus cases in Tamil Nadu.

Initially, the State government gave details of cases traced to the national capital events but subsequently change them to “single source”. It has stopped providing even these details now.