Tamil Nadu: Schools In Cuddalore And Rameshwaram To Be Closed On Thursday In Anticipation Of Cyclone Gaja 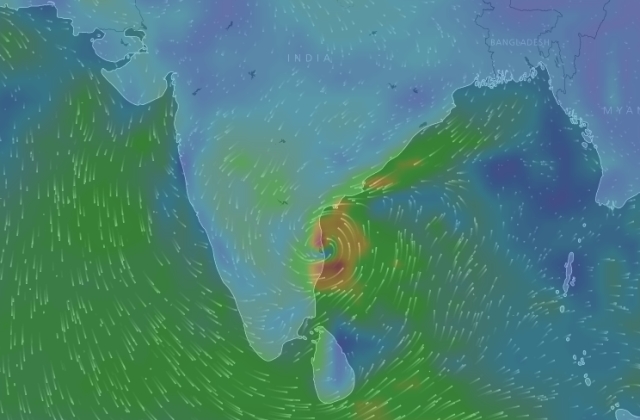 Schools located in Cuddalore and Rameswaram have been asked to shut on Thursday ( November 15) by Tamil Nadu government as cyclone Gaja became stronger in the Bay of Bengal, reports API.

Cuddalore District Collector V Anbuselvan while addressing the media said that, "All private and government schools in Cuddalore to remain closed tomorrow due to cyclonic storm 'Gaja'."

The cyclone is expected to pass between Cuddalore and Pamban on Thursday, and in an attempt to reduce the damage to property and to safeguard human lives, the Edappadi K.Palaniswami led state government has planned to evacuate over 20,000 residents staying near the coastal lines and move them into relief camps.

The government has also formed 19 interdepartmental zonal teams comprising capable officers from several departments such as Police, Fire, Public Works Department and Electricity department to conduct rescue and repair operations to ensure the safety of the people.

The other States like Andhra Pradesh and Union Territory Puducherry are also bracing themselves for the cyclone which is expected to bring heavy rainfall and strong winds to the region for the next couple of days.

A red warning, which is the highest category and denotes immediate action to be taken, has been issued by the Indian Meteorological Department (IMD) for the eastern coastal regions on November 15, while stating that the cyclonic storm originating in the Bay of Bengal will likely intensify into a severe one in the span of 24 hours "Gale wind speeds could reach up to 100 kmph along and off the coasts of north Tamil Nadu and Puducherry,” .

Fishermen have been warned not to enter into the sea with heavy rainfall expected in Tamil Nadu, Coastal Andhra Pradesh and Kerala.