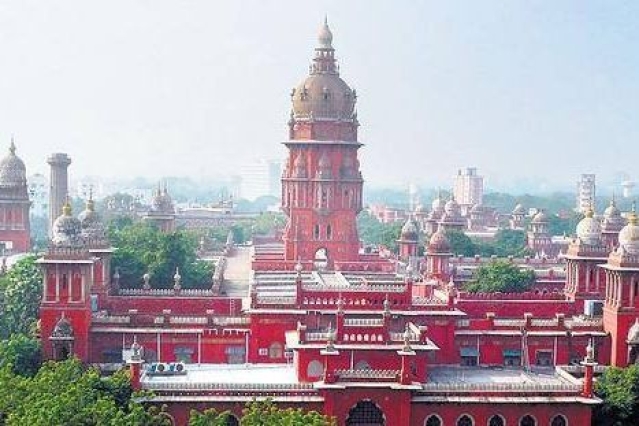 A temple archaka (priest) has petitioned the Madras High Court pleading for the implementation of the 10 per cent reservation for the Economically Weaker Section (EWS) in educational institutions and employment in the public sector in Tamil Nadu.

Priest Periyanambi Narasimha Gopalan, in his petition, charged the Tamil Nadu government with denying the reservation benefits to the EWS category despite many states extending the benefits, according to the Times of India.

He said he was petitioning the court after coming to know of Constitutional amendment on the reservation for the economically weaker section.

When Gopalan’s petition was taken up for hearing by a two-judge bench comprising Justices R Subbiah and Krishnan Ramaswamy, the Tamil Nadu government counsel said Tamil Nadu was a party to a petition on the issue pending in the Supreme Court.

After the submission of the state government was recorded, the case was adjourned to 17 July.

A prime reason for the archaka to move the court is that many of the Brahmin priests in Tamil Nadu are poverty-stricken and their children are denied educational and job opportunities as they are categorised under forward community. Tamil Nadu is one of the states where reservation is as high as 69 per cent.

While the Tamil Nadu government and all other political parties, barring the Bharatiya Janata Party (BJP), have moved the Madras High Court for implementing 50 per cent reservation for Backward Castes in medical college seats in the State under the National Eligibility-cum-Entrance Test (NEET) exams, they have observed total silence on the 10 per cent reservations for EWS people.

In January last year, the Opposition Dravida Munnetra Kazagham (DMK) moved the High Court challenging the legal validity of the constitutional amendment to grant 10 per cent reservation in educational institutions and public sector jobs for EWS.

Last week, the Tamil Nadu government ordered its officials to not issue income and asset certificates for EWS people.

In a circular dated 4 June, the ruling All India Anna Dravida Munnetra Kazhagam Government said tehsildars need not issue the certificates as the State was not implementing the EWS quota.