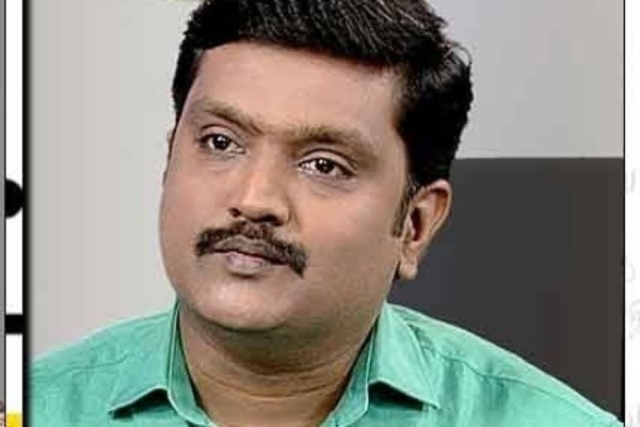 S Karthikeyan’s remarks linking Hindu goddesses with menstruation has drawn the ire of many.

The Hindu Munnani has filed cases in 34 places across Tamil Nadu against an anchor of Tamil television channel Puthiya Thalaimurai, S Karthikeyan, for making derogatory remarks against Goddesses during a panel discussion.

Karthikeyan’s remarks have also drawn the ire of many in the social media while a section of the Bharatiya Janata Party (BJP) members in the state have begun demanding a boycott by the party of the television channel’s panel discussions.

During a discussion on permitting women into Sabarimala Ayyappa temple, the anchor, while making an intervention, linked Goddess with menstruation and posed a question to Narayanan Thirupathi, who was representing the BJP.

The remarks saw an upheaval against Karthikeyan, especially on social media.

For the week that ended on 7 July, Puthiya Thalaimurai was ranked fifth for the viewership of its news programmes, with 12.98 million viewers.

The Hindu Munnani said on its official Twitter handle that Karthikeyan was sending out feelers to end the issue amicably.