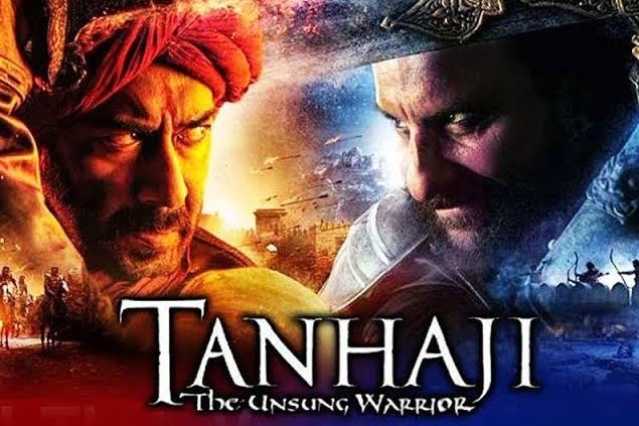 The poster of Tanhaji: The Unsung Warrior.

Based on the life of Chhatrapati Shivaji Maharaj’s military leader, Tanaji Malusare, Ajay Devgn’s recent film, Tanhaji: The Unsung Warrior is growing to touch the Rs 200 crore mark on its second weekend.

Continuous house-full shows have made the movie the first Bollywood blockbuster of the decade. The estimated earnings of the film, by now are close to Rs 140 crore, which is expected to grow in the coming days.

The film directed by Om Raut has been getting very good audience response so far.

The movie is based on the legendary Hindu warrior Tanhai Malusare and his valiant military leadership during the Battle of Sinhagad.

The film is produced by Ajay Devgan who also plays the title role of Tanhaji Malusare.

Following the success of the movie, Tanhaji star Ajay Devgn took to social media to thank his fans. "Thanks to each and everyone for making this happen! I'm humbled & grateful for all the love, support & appreciation for Tanhaji The Unsung Warrior," said Devgn. Tanhaji is Devgn's 100th film.