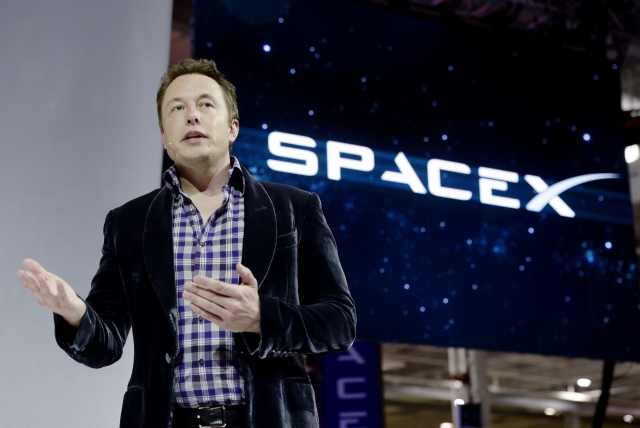 The traditional way of accessing the internet may now be a talk of the past as Industry giants are lining up to beam internet from space. Tech giants like SpaceX, Amazon and OneWeb are looking to build alternatives to the existing network by creating internet infrastructure in space.

The existing infrastructure to use the internet is attributed to a vast network of undersea cables through which almost 99 per cent of world’s data traffic flows having risks of damage by sea creatures, a ships anchor or deep sea earthquakes.

These companies are planning to launch a constellation of satellites at various altitudes to beam internet, which will orbit Earth at relatively low altitudes reducing the involved latency.

The plan to explore and relay the internet from deeper space is seen as one of the best possible ways to provide access to isolated areas, aeroplanes and ships. Exploring space to provide mobile connectivity isn’t a new idea, in fact Iridium a US-based network company in the 1990s launched 66 satellites into the space to provide global phone coverage to any place on Earth including the north and south poles, the project, however, could not sustain the market as very few subscribed to its services.

In the recent past companies like Facebook and Google too experimented with the option by launching solar-powered internet drones to high-altitude beaming balloons. The market is expected to see a revolutionary change in the way we use data as companies like Amazon and SpaceX are taking a more ambitious approach.

Amazon has recently announced Project Kuiper, which will send 3,236 satellites into the low Earth orbit, these satellites will orbit at different orbital heights with a goal to provide low-latency, high-speed broadband to under-served communities across the globe. The company may use its CEO’s company Blue Origin aerospace company to launch these satellites, making it cost-effective and a viable option.

SpaceX in an attempt to fix humanity’s internet issue will launch 11,943 satellites under its Starlink Plan, and these satellites will be in low Earth orbit to ensure high-speed transfer rates. The company in 2018 deployed two test satellites Tintin 1 and 2 as part of its Starlink Project - in a report by Firstpost.

It will be interesting to see how the market of space internet pans out as the industry is still five to ten years in becoming fully functional and operational.