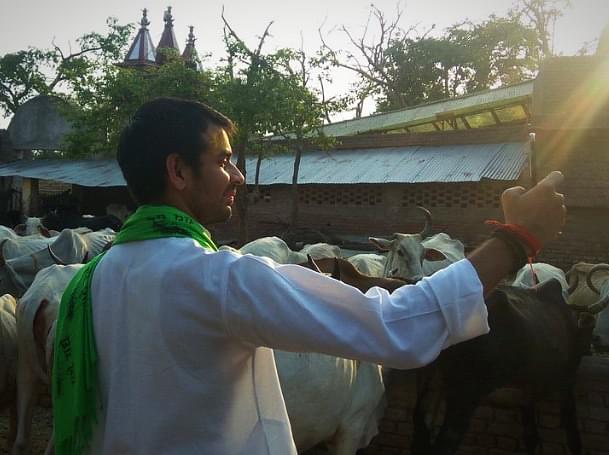 Former Health Minister in the Bihar government and Lalu Yadav’s son, Tej Pratap Yadav is finally set to vacate the government allotted bungalow, seven months after his party was ousted from power, DNA has reported.

However, the erstwhile minister has accused the Bihar Chief Minister (CM) Nitish Kumar and Deputy CM Sushil Modi of letting ghosts loose on the house, his reason for vacating the house.

Talking to media persons, Yadav said, “I have vacated the official residence because Nitish and Modi have released ghosts in the bungalow to haunt me. Hence, I have decided to leave the bungalow.”

Yadav was allotted the government residence when he was appointed as the Health Minister in the Mahagathbandhan government. He also got the bungalow renovated, getting it to conform with Vaastu Shastra on the advice of an astrologer in May last year. However, following the government’s fall three months later, he was supposed to vacate the bungalow for it to be allotted to another minister.

“Are they the government? The people are the real government,” Yadav said, adding that he owned his own place and didn’t need any charity from the government.

The ruling party replied to Tej Pratap Yadav’s accusations saying that one ghost need not fear the other.