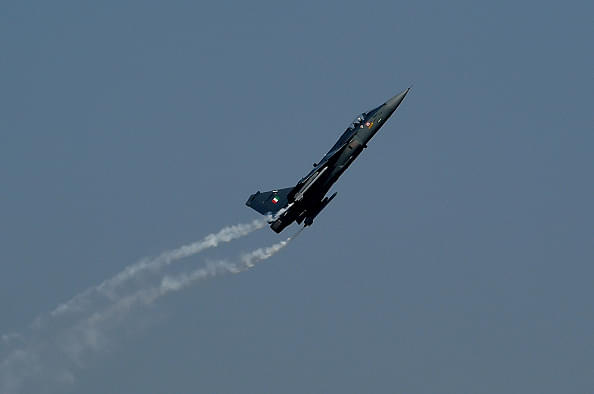 Three of India’s indigenous fighter jets made their debut at the Republic Day parade in New Delhi, today. Despite overcast conditions, the Light Combat Aircraft (LCA) Tejas and Airborne Early Warning and Control System (AEW&C) flew at a height of 300 metres from ground at a speed of 780 km per hour in ‘VIC’ formation.

On par with the world’s best fighters, including French Mirage 2000, American F-16 and Swedish Gripen, Tejas is a indigenously developed by the Aeronautical Development Agency. The fourth generation aircraft can fly at 1,350 km per hour. The fighter jet was inducted into 45th Squadron of the Indian Air Force in July 2016 with two aircraft. The plan is to increase the production of aircraft from the present eight to 16 aircraft each year.

Assisting in air defence operations, the AEW&C is an ‘Eye in the Sky’ and a force multiplier. The system consists of multiple sensors for surveillance and signal intelligence.