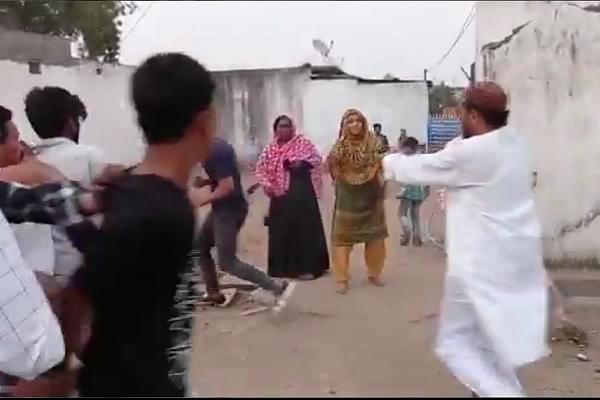 Three persons were injured when a leader of Majlis-e-Ittehadul Muslimeen (MIM) opened fire from his licenced revolver and also attacked them with a knife on Friday (18 December).

The incident occurred in Adilabad town, about 300 km from Hyderabad.

A video of the attack went viral over social media. Farooq, who is also former vice chairman of Adilabad municipality, is seen opening fire from his weapon while holding knife in another hand.

Syed Zameer and Syed Mohtesin received bullet injuries. Zameer's brother sustained stab injuries in the attack. They were admitted to Rajiv Gandhi Institute of Medical Sciences (RIMS). One of the injured was later shifted to Hyderabad.

Police said the accused was arrested and booked for attempt to murder. A case under sections 307, 324 and 506 r/w 34 of Indian Penal Code and sections 27 and 30 of Arms Act 1959 was booked against him. Police also recommended to the Collector and Dstrict Magistrate to cancel accused's gun licence.

Previous grudge seems to be the source of conflict between the two parties. Police pickets were posted in the area.

The families of Farooq and Zameer are said political rivals. Farooq's wife is the councilor from Tatiguda. In the elections held last year she had defeated a woman relative of Zameer, who had contested on Congress party's ticket.