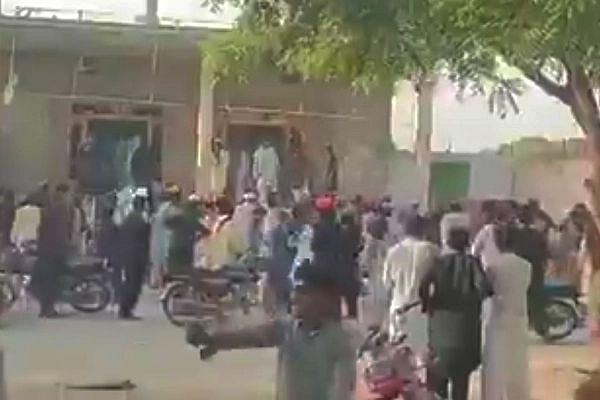 Senator Danesh Kumar, a leader of the Balochistan Awami Party (BAP), has condemned the attack on a Hindu temple in the Bhong area of Rahim Yar Khan and termed the incident as a conspiracy against minorities living in Pakistan.

He said it was condemnable that police failed to protect the temple located just 2 km from a police station, Dawn news reported.

He said the Hindu community in the area had informed the police about a possible attack, but the police did nothing.

Kumar added anti-social elements entered the temple and not only ransacked it but also looted gold and other valuables before setting the place on fire.

It was unfortunate that such incidents were taking place in Pakistan, adding that these events were tarnishing the image of Pakistan abroad, the Senator noted.

Kumar said it was deplorable that the political leadership only issued a statement and no practical step was taken to stop such incidents, creating unrest and fear among the minorities living in Pakistan.