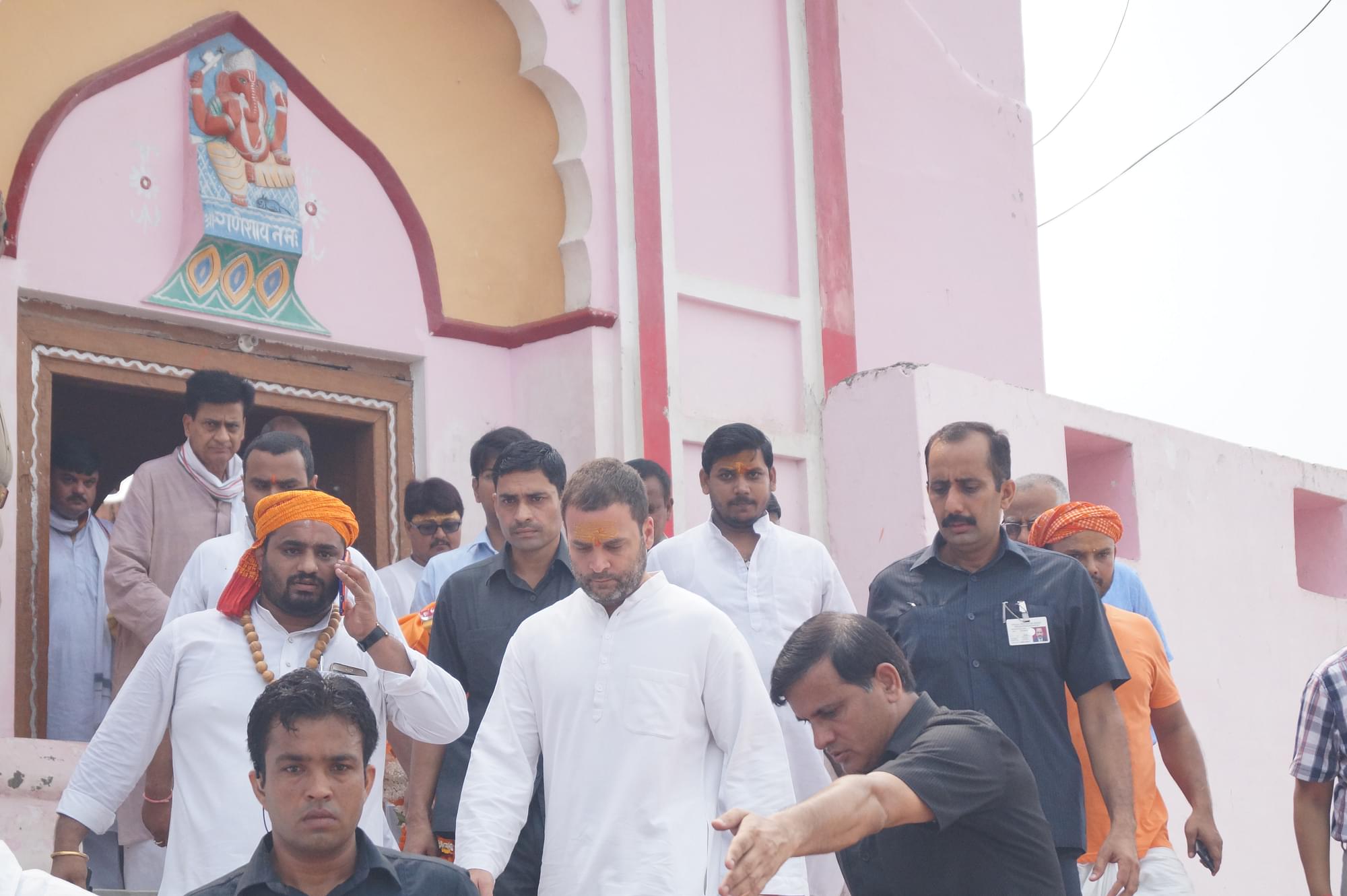 The All India Congress Committee has asked party’s state units in Rajasthan, Karnataka and other states where elections are due ahead of the 2019 general elections to prepare a list of temples that newly appointed President Rahul Gandhi could visit to derive political mileage, Hindi daily Dainik Bhaskar has reported.

Gandhi visited 27 temples during his visits to Gujarat as part of the Congress’ election campaign. According to the daily’s report, 87 assembly seats in the state are influenced by temples, and the Congress managed to win in 47 of these.

The Congress would put to use this strategy in Rajasthan, where state leaders would be seen visiting places of religious importance during the party’s campaign. This is the first time the party has asked state units to prepare a list of temples. The news was confirmed by Rajasthan Congress leader Mumtaz Masih, the daily said.

Elections will dominate the most part of 2018. Nagaland, Tripura, Meghalaya and Karnataka will go to polls in the first half of the year, followed by Bharatiya Janata Party-ruled states of Chhattisgarh, Rajasthan and Madhya Pradesh.