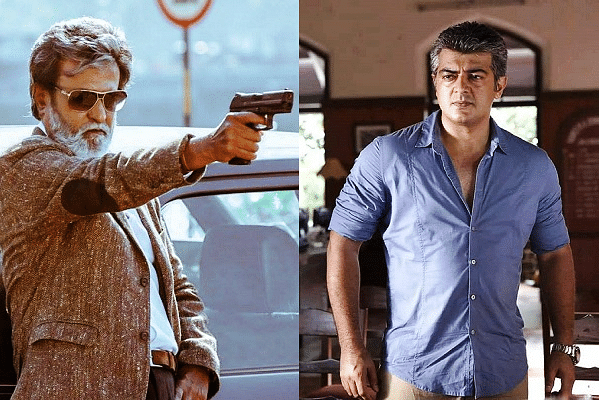 Five crazed fans of Tamil actor Ajith Kumar were grievously injured when his cutout collapsed while they were performing milk Abhishekam on it to mark the release of his latest movie Viswasam.

According to reports in Tamil media, few fans of Ajith clambered on to the huge cutout at Srinivasa Theatre in Thirukovilur, Villupuram district, to perform milk abhishekam on the opening day of his much-awaited movie Viswasam. When the cutout collapsed, the fans suffered grievous injuries and were rushed to a nearby hospital.

A video of the accident has emerged.

Extremely unfortunate. Hope everyone escapes with minor injuries and recovers soon. Some sort of self restraint is needed for fans. Dangerous!#Viswasam pic.twitter.com/emiX8MUzkZ

Frenzied fans of film actors in Tamil Nadu, organised under several fan clubs, are known to go berserk in celebrations welcoming the release of their reel life idols. Lots of Tamil movies are released on the occasion of state’s biggest festival - Pongal. This year’s Pongal eve has witnessed unprecedented hysteria with two blockbuster movies slated for release.

Superstar Rajinikanth’s latest flick Petta is also releasing today (10 January). Local channels report many instances of the die-hard fans of actor ushering in the release of movie by cooking sweet pongal at 5.30 am.

A number of pumpkins, coconuts and lemons were crushed to ward off the evil eye off the actor. They also burst crackers and announced to the world their joy over the release of their Thalaivar’s latest movie.

Clashes including fist fights between the fans of Rajinikanth and Ajith were also reported by local media.