The Fall And Rise Of ‘Saras’: Government Plans Make In India For Passenger Aircraft 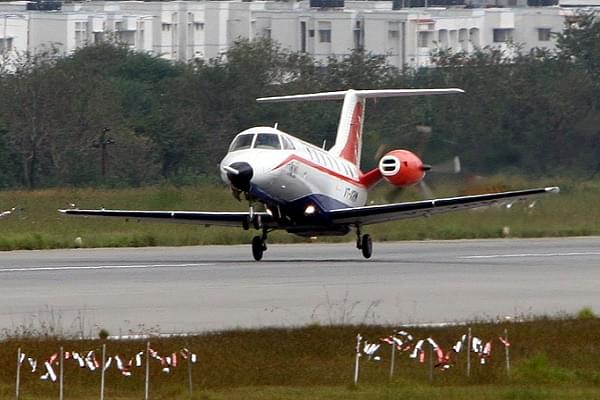 SARAS Transport AC gets ready for take off. (AK Antony/Wikipedia)

Nine years after the ghastly crash of Saras, the central government is thinking of indigenous manufacturing of the aircraft for civilian use again, Economic Times has reported.

Earlier this week, a 21-member expert committee, headed by the civil aviation secretary, was set up to discuss and consider the various aspects of manufacturing planes and helicopters in India, apart from finding ways to upscale and diversify production of aero-components.

Minister for Civil Aviation Suresh Prabhu told the Economic Times Magazine that the government is “fully committed to the development of commercial aero-related manufacturing” in India.

There are currently 1,358 aircraft in India, including private ones and those used for training purposes as on July 12, 2018. There are 620 aircraft scheduled by Indian operators. Of these 79 planes have less than 100 seats. In that category, 70 aircraft have 70 seats and above.

There is already a pressure mounting on India to dive into the manufacturing of civilian aeroplanes after China came out with models such as COMAC C919 (168-seater narrow-body jet). The aeroplane has been compared many aviation experts to the AirBus A320neo and Boeing 737 MAX.

On 6 March 2009 a 14-seater prototype aircraft, Saras Prototype 2 crashed during a trial flight in the outskirts of Bangalore, killing all three crew members which included two pilots of the Indian Air Force and a flight engineer.