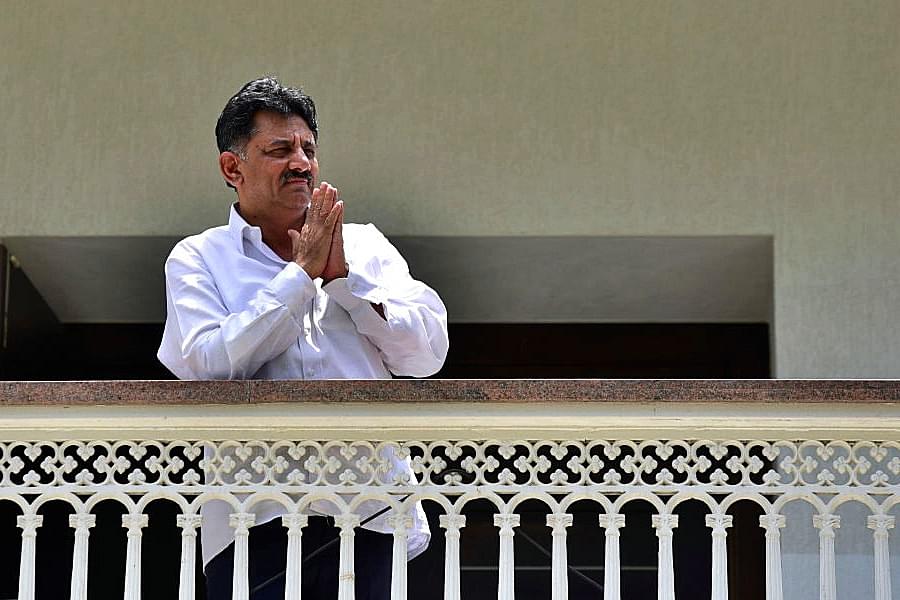 Cracks have begun to appear in the Congress-Janata Dal (Secular) alliance even before the two parties form a government in Karnataka.

In an interview with the Deccan Herald, Congress leader D K Shivakumar has said that the longevity of the government to be formed in Karnataka will depend on the cooperation of Chief Minister-designate H D Kumaraswamy.

“We have to co-exist to ensure that the government runs smoothly. If we want to reap fruits, Kumaraswamy and I have to work together. If he sits on power and doesn’t cooperate, it will not work out,” he has been quoted by the daily as saying.

Responding to a question on his two-decade-long feud with Kumaraswamy, he accused the JD(S) leader of being an “egoistic man”.

“Kumaraswamy and I have literally come to blows in the past. He is a very egoistic man. Both Kumaraswamy and H D Deve Gowda are threatened by me - they don’t want me to grow. They have put so many cases against me. But when the party has taken a decision, what can I do?,” Shivakumar told the daily.

On the question of his rivalry with Kumaraswamy, Shivakumar said that he is still young and will get his chance in the future.

“Nothing is permanent in public life. Time will be the healer and answer. I am still young - I will get my chance,” the Congress strategist said.

“I too had felt the undercurrents. There was no accountability on part of the ministers. We also failed to convince the people of the state to give us the mandate,” he added.