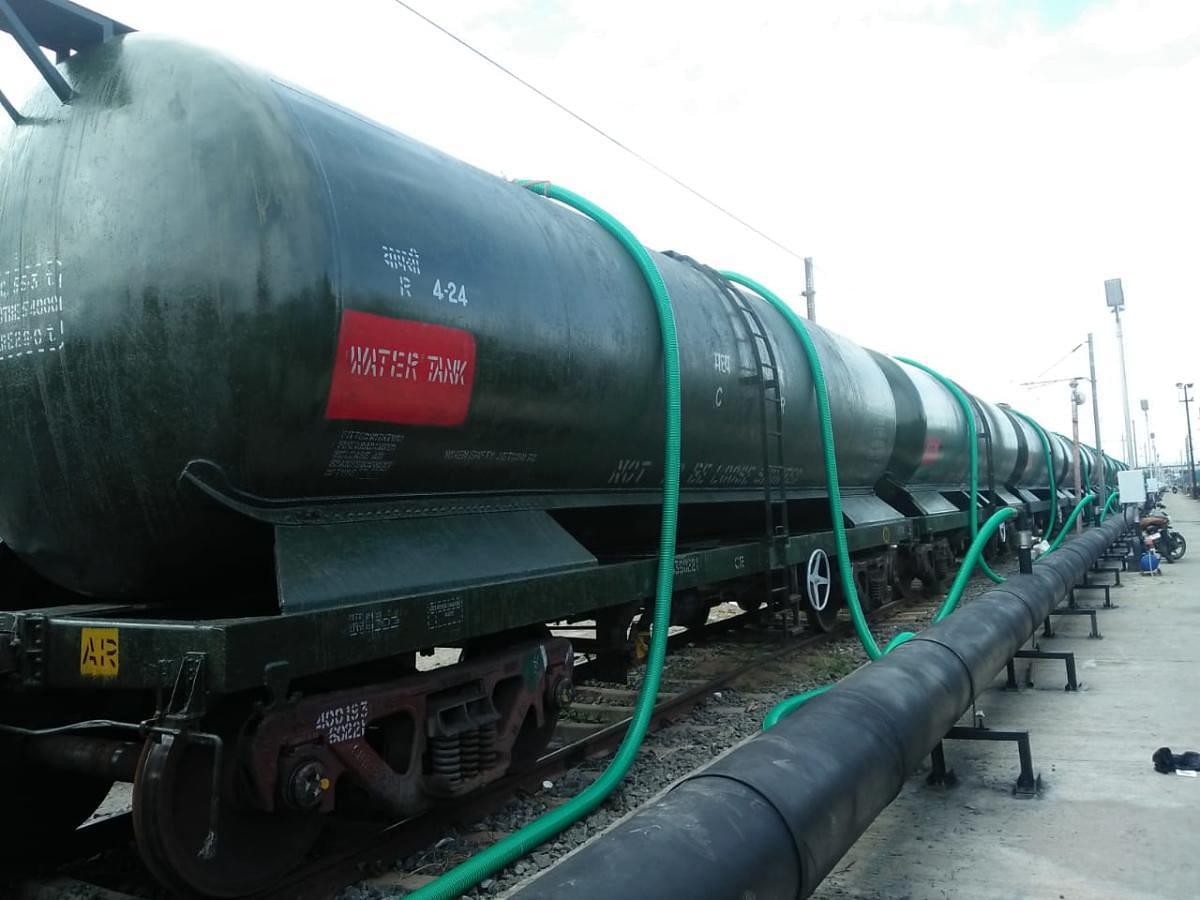 In a move likely to partially quench the thirst of Chennai, which is suffering from its worst water crisis, and bring some relief to its water starved residents, a special train carrying 2.5 million litres of water is set to arrive in the city today (12 July).

According to the officials in Southern Railways, the first train, which has a set of 50 water wagons will leave Jolarpettai railway station and reach Chennai later in the day The 50 wagons will have a capacity of 50 kilolitres and will transport 2.5 million litres in a trip.

Nearly 10 million litres of water will be brought daily by a 50-wagon train from Jolarpet railway station.

ANI reported that the first train carrying water from Jolarpet railway station in Vellore district of Chennai left for the state capital this morning.

Tamil Nadu: The first train carrying water from Jolarpet railway station in Vellore district to Chennai, started from the station this morning. The state government had announced to bring in water from Vellore by rail wagons as Chennai is facing water crisis. pic.twitter.com/uepfcYNegt

The special train was slated to begin its operations on Thursday (11 July), but leakages in valves connecting the tank to the railway station forced the authorities to defer the plan by a day, the officials said.

The Tamil Nadu government has allocated Rs 65 crore for the project of transporting water via trains. Nearly 80 per cent of the project cost will go towards covering the transportation cost.

Water sourced from Vellore district will flow in to underground water sump at Mettusakkarakuppam. Through a 3.5-km-long pipeline it will be transferred to water sumps near Jolarpet railway yard and then loaded water wagons at Jolarpet.

Once the trains reach the city, the water will be pumped to Kilpauk water works to be treated from where it will later be distributed to the rest of Chennai.

A 400-mm diameter pipeline, running for a distance of 700 metres along the railway track, has already been laid to decant water received by train. This pipeline has been connected to the existing conduit line that normally carries water from Red Hills lake. Water would be conveyed to Kilpauk water works from where it would reach parched areas in central and north Chennai.

When ruling ADMK government announced its plan to ferry water from Jolarpet in Vellore district, it evoked strident opposition from DMK. The party’s treasurer Durai Murugan and other functionaries in Vellore district staged vehement protests and threatened to stall the plan.

Durai Murugan claimed that Vellore district itself is reeling under acute water crisis and it was unacceptable that water resources from district is being to address Chennai’s water woes.