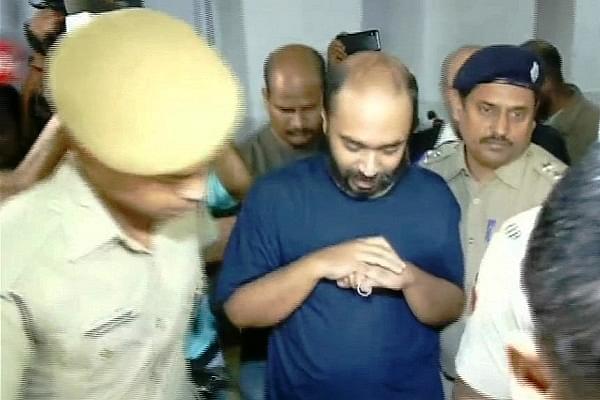 Abhijit Iyer-Mitra after being released (@ANI/Twitter)

Defence expert and political commentator Abhijit Iyer-Mitra has finally walked free after the court of the Judicial Magistrate First Class (JMFC) in Konark granted bail to him yesterday (6 December) for a bond of Rs 20,000, reports Odisha TV. Mitra had been detained in a Bhubaneswar Jail since 23 October.

Mitra’s ordeal began after posting a sarcastic video on Twitter joking about the sculptures at the Konark Sun Temple, subsequent to which two FIRs were filed against him, and he was arrested.

He was accused of ‘hurting the sentiments’ of the people of Odisha and charged under IPC Sections 153A (causing religious enmity), 295A and 298 (outraging religious feelings).

On Wednesday (5 December) the Odisha High Court had agreed to grant bail to Mitra for two FIRs registered against him at Saheed Nagar and Konark police stations, asking the trial court to determine the conditions for his bail.

After receiving bail, Mitra was discharged from the Capital Hospital in Bhubaneshwar where he had been hospitalised after his health deteriorated while he was detained at Jharpara Jail.

The Odisha government on Tuesday (4 December) had decided to drop all pending charges against Mitra following his appeal to ‘accept his apology and contrition’ and also in consideration of his earlier unconditional apology before the state legislative assembly for hurting Odisha’s people’s sentiments ‘without malice or malintent’.