‘There’s A Total Division Among Us’: Frustrated Imran Khan Over Failure On Getting OIC To Address Kashmir 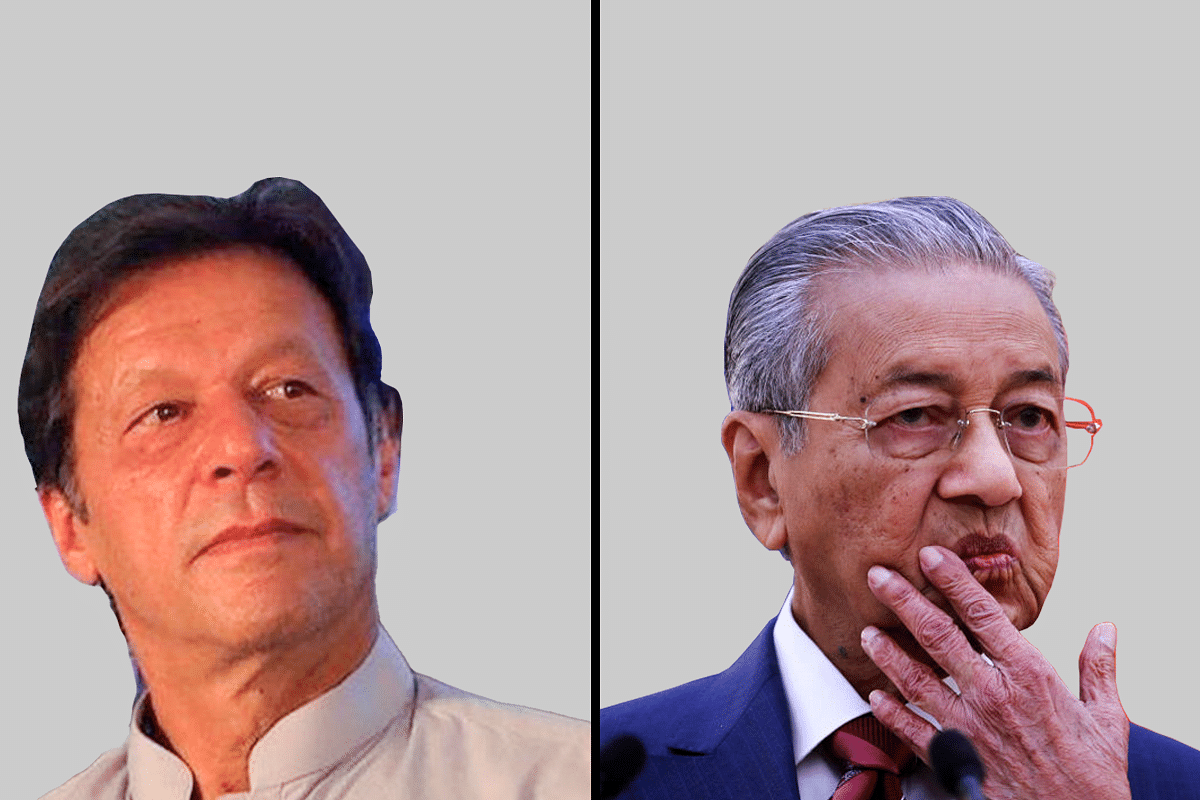 Pakistan Prime Minister Imran Khan’s frustration surfaced on Tuesday (4 February) as despite his multiple attempts, the Organisation of Islamic Countries (OIC) has not taken up the issue of Kashmir, The Times of India reported attributing a leading Pakistan newspaper, Dawn.

Showing his anger over OIC’s silence over Kashmir, he observed that the Muslim countries did not have unity.

“The reason is that we have no voice and there is a total division amongst [us]. We can’t even come together as a whole on the OIC meeting on Kashmir,” PM Khan was quoted as saying by Dawn.

Pakistan PM’s remarks came during his visit to Malaysia, where after his bilateral talks with the Malaysian PM Mahathir Mohamad Kashmir issue did not find a mention from Malaysia’s side in the joint statement.

While the joint press statement spoke of PM Khan briefing PM Mohamad about the situation in Jammu and Kashmir (J&K), Malaysia seemed to be neutralising its stance on the matter, in the wake of India’s various import restrictions on Malaysian products, mainly palm oil, said the TOI report.

Islamabad has been desperately trying to get Council of Foreign Ministers (CFM) of OIC nations to hold a meeting on Kashmir since August last year, but has not succeeded yet. OIC is a bloc of 57 Muslim nations.

According to Pakistan Foreign Minister Shah Mehmood Qureshi, CFM meeting will send a “clear message” on the matter from the Muslim world.

However, Pakistan’s moves have not received a warm response from many countries of the OIC, and Saudi Arabia, especially, has suggested alternate ways such as a parliamentary forum or speakers’ conference from Muslim nations or a joint meeting on Palestine and Kashmir, which Islamabad has not accepted.

To his disappointment, this time PM Khan did not even receive an expected support from Malaysia.

Malaysia’s moves to balance the situation could also be seen as attempts to bring back its economic ties with India on track, which were hit by a number of virtual bans by New Delhi.

After India’s curbs on the imports of palm oil from the South East Asian country, PM Mohamad had also said his government will not take retaliatory trade action. “We are too small to take retaliatory action,” Mahathir had told reporters.

Days after this statement, Malaysia had also increased its sugar imports from India in a bid to sweeten the relations.

Forty-seventh edition of CFM’s routine meeting is going to be held on Sunday (9 February) in Jeddah, and hopes seem less for Pakistan to succeed it its attempts to get the Council to agree upon Kashmir.