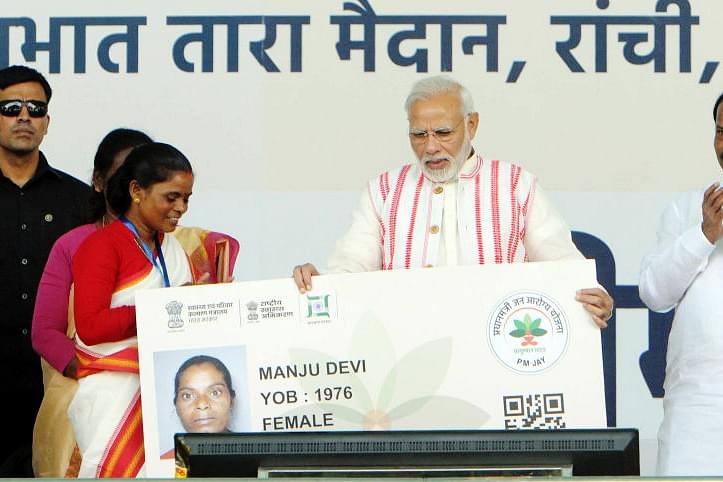 Ayushman Bharat, world’s largest healthcare scheme, was launched by Prime Minister Narendra Modi on 23 September. Months of preparations went on the grand launch of the scheme which provides for a cover of up to Rs 5 lakh for a family.

Glad that #AyushmanBharat, one of the largest healthcare initiatives globally, is associated with two greats- Dr. Babasaheb Ambedkar and Pandit Deendayal Upadhyaya.

Odisha’s CM Navin Patnaik has said that Ayushman Bharat provides only a cover of Rs 5 lakh to women whereas State’s Biju Swasthya Kalyan Yojana provides a cover of Rs 7 lakh, at the same time covering many more people.

Kerala’s Finance Minister Thomas Isaac has termed the scheme as a ‘huge hoax’, he also questioned the feasibility of the scheme saying that Rashtriya Swasthya Bima Yojana (RBSY) covers for Rs 33,000 for a premium of Rs 1,250 while under Ayushman Bharat, the benefit is Rs 5,00,000 for a subsidised amount of Rs 1,110 which is not possible.

Delhi government’s reasons for rejecting the scheme was that the scheme was covering only 6 lakh families of the state when there are more than 50 lakh families in a population of 2 crore. Meanwhile, Delhi CM Arvind Kejriwal has termed the world’s largest healthcare scheme as another ‘jumla’.

Captain Amarinder Singh-led Punjab government also reserved apprehensions about the scheme due to low number of families covered and flow of funds. Punjab’s Bhagat Puran Singh Sehat Yojana (BPSSBY) scheme covers 29.3 lakh families while AB was covering only 14.96 lakh families even though the BPSSBY only provides a cover of Rs 50,000.

Telangana has rejected the scheme citing State’s Arogyasri scheme which covers 70 per cent of the state’s population while Ayushman Bharat was covering only 80 lakh families. One other reason for the state to reject the AB scheme was upcoming elections, Telangana government didn’t want undue publicity to BJP and Prime Minister as the Ayushman Bharat card has Prime Minister’s photograph on it, as reported by Deccan Chronicle.