'They Are Not The Bats They Are The Batman': Watch The Fiery Video Dedicated To Indian Army's Bihar Regiment 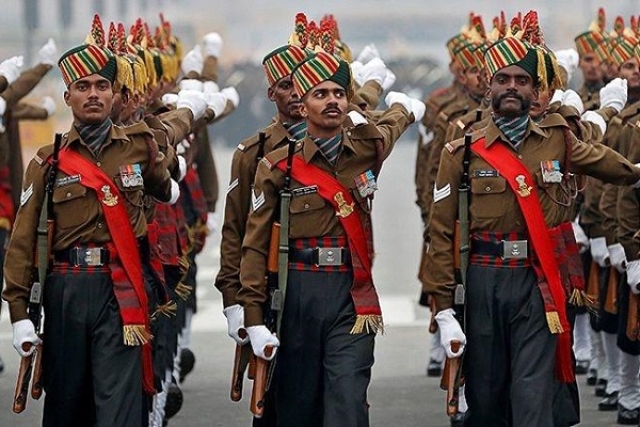 The Indian Army Northern Command's official twitter account on Saturday evening (21 June) posted a fiery video dedicated to the 16 Bihar Regiment which has been credited with a daring counter-attack against the Chinese People's Liberation Army (PLA).

#IndianArmy #21yearsofKargil
The Saga of #DhruvaWarriors and The Lions of #BiharRegiment.
"Born to fight.They are not the bats. They are the Batman."
"After every #Monday, there will be a #Tuesday. Bajrang Bali Ki Jai"@adgpi@MajorAkhill #NationFirst pic.twitter.com/lk8beNkLJ7

The video made and voiced by Major Akhil Pratap takes the viewers through the glorious history of the Bihar Regiment all the way from 1857 to the present date.

Some of the standout dialogues from the video include:

As reported earlier, the jawans of 16 Bihar regiment teamed up with the Ghatak Commandos to "unleashed a reign of terror, unheard in modern military history" against the Chinese after Commanding Officer Colonel B Santosh Babu was killed in an unprovoked attack.

As the word spread about Colonel's death, the 16 Bihar men were said to have joined by the Ghatak troops.

The Ghatak commandos are experts in close-quarter battle and spearhead assaults ahead of the battalion, the report said.

Both, 16 Bihar men and Ghatak troops together chased down at least 18 PLA troops.

"Some had their necks dangling from their bodies, while those whose faces were smashed with stones were beyond recognition," sources were quoted in the report as saying.