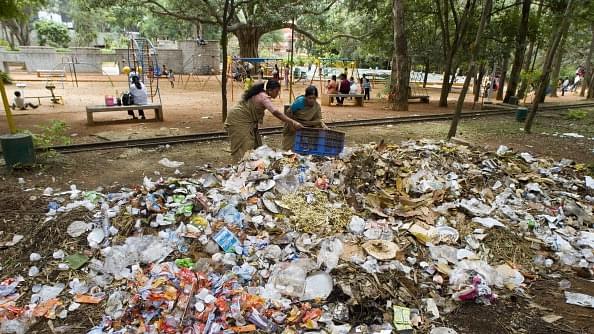 A pile of garbage (Universal Images Group via Getty Images)

To curb the menace of people littering on street corners, Mayor Gangambike has sought the Bangalore Police Department’s assistance to take action against such litterers, Deccan Chronicle has reported.

Gangambike has asked for the support of all the 198 corporators to improve the city’s garbage situation. Shivraj, the leader of the ruling party and leader of the opposition Padmanabha Reddy have given their word to support the cause.

Addressing the monthly council meet, Gangambike said, "We have written a letter to the city Police Commissioner Suneel Kumar seeking his help to curb the illegal garbage dumping."

After the announcement, Gangambike said that she was confident that she could prevent people from illegally dumping garbage with the help of the police. Acknowledging the fact that there will be a shortage of staff in the civic body, Gangambike has promised to recruit more staff to speed up the drive.

The first council meet was adjourned after paying respect to deputy mayor Ramila, who died recently. The mayor also requested the officials and corporators to solve complaints related to potholes and garbage on a priority basis.