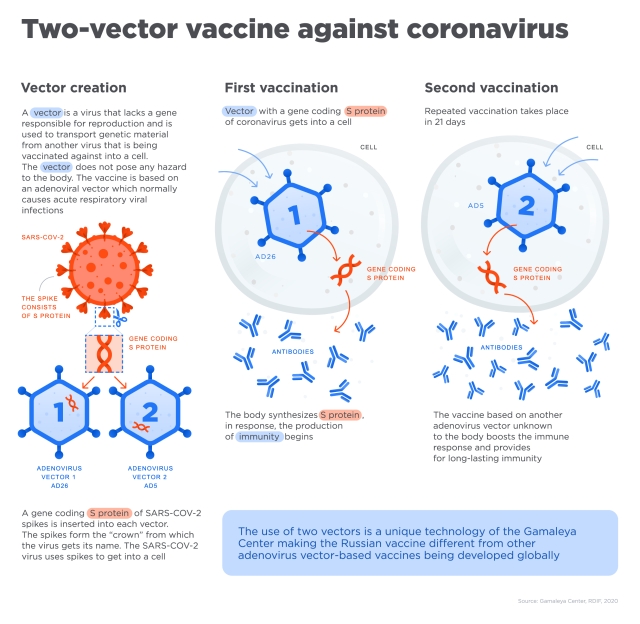 The third stage of the research on the world's first registered vaccine against the novel coronavirus, called Sputnik V, may begin in 7-10 days, a report has said.

According to the Tass news agency, several tens of thousands of people are expected to take part in this research of the vaccine created by the Gamaleya Scientific Research Institute of Epidemiology and Microbiology of the Russian Health Ministry.

"On Monday, we will present the first version of the protocol on post-registration research," Alexander Gintsburg, Director of the Gamaleya National Research Center, was quoted as saying to Tass.

"Given this great interest and attention of the public and the press, I think that the Health Ministry won't delay the process and will approve the protocol within a week. So, I believe within seven or ten days at maximum everything will begin," Gintsburg added.

Gintsburg said several tens of thousands of people were expected to be involved by the third stage. The research will be conducted in the Moscow Region.

Meanwhile, Russia has begun production of the first batch of vaccines against Covid-19, its health ministry said in a statement released on Saturday.

The world's first registered vaccine against the novel coronavirus was announced by President Vladimir Putin on Tuesday during an online meeting with government officials.

The vaccine Sputnik V, which is named after the space satellite launched by Moscow in 1957, was created by the Gamaleya Scientific Research Institute of Epidemiology and Microbiology, alongside the Russian Direct Investment Fund.

Russia will offer the vaccine to other countries once its own citizens are vaccinated, Health Minister Mikhail Murashko said Wednesday, adding that doubts over the effectiveness of the vaccine are unfounded.