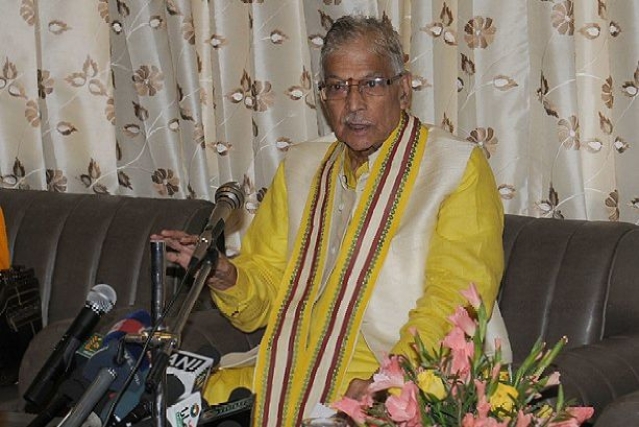 After the letter which was allegedly written by 150 armed forces veterans which was later debunked by some purported signatory of it, now another such letter, allegedly written by veteran Bharatiya Janata Party leader Murali Manohar Joshi to BJP patriarch Lal Krishna Advani, is being widely circulated on social media.

The said letter has an imprint of the news agency Asian News International (ANI) watermark over it, which was strategically placed to make the picture of the letter appear as verified and legitimate.

However, the ANI has clarified in one of its tweet that the letter is fake. “Screenshots of BJP MP Murli Manohar Joshi statement on his letter head is circulating on WhatsApp and Twitter with an ANI watermark. No such letter exists. This is fake,” ANI tweeted on Sunday (14 April).

Statement: Screenshots of BJP MP Murli Manohar Joshi statement on his letter head is circulating on WhatsApp and Twitter with an ANI watermark. No such letter exists. This is fake.

The said fake letter was alleged to be written by BJP stalwart Murli Manohar Joshi to Lal Krishna Advani, in which he had predicted a grave outcome for the BJP in the ongoing polls, while also slamming the present-day top brass of the party.

In the said letter, it was also said that Joshi had been offered to fight the elections on a ticket from Bahujan Samaj Party (BSP) and Samajwadi Party (SP).