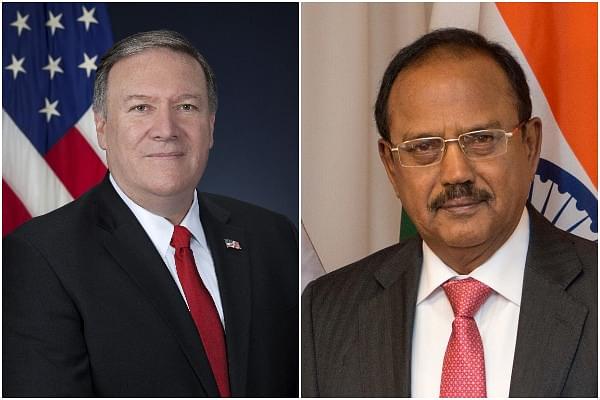 A photo of National Security Advisor (NSA) Ajit Doval with US Secretary of State Mike Pompeo is going viral on social media.

The photo, which has US Secretary of Defense Mark Esper in the background, appears to have been taken outside the Prime Minister’s Office.

Pompeo and Esper are in India for the 2+2 dialogue between the defence and foreign policy leadership (ministers in India and secretaries in the US) of the two countries. The two Trump Administration officials will meet Defence Minister Rajnath Singh and Foreign Minister S Jaishankar for the dialogue today.

Doval held a meeting with Pompeo and Esper ahead of the 2+2 dialogue.

Among other things, the ongoing standoff with China in eastern Ladakh is likely to have been discussed during the meeting.

India and the US will sign the Basic Exchange and Cooperation Agreement (BECA) to improve cooperation between the militaries of the two countries.