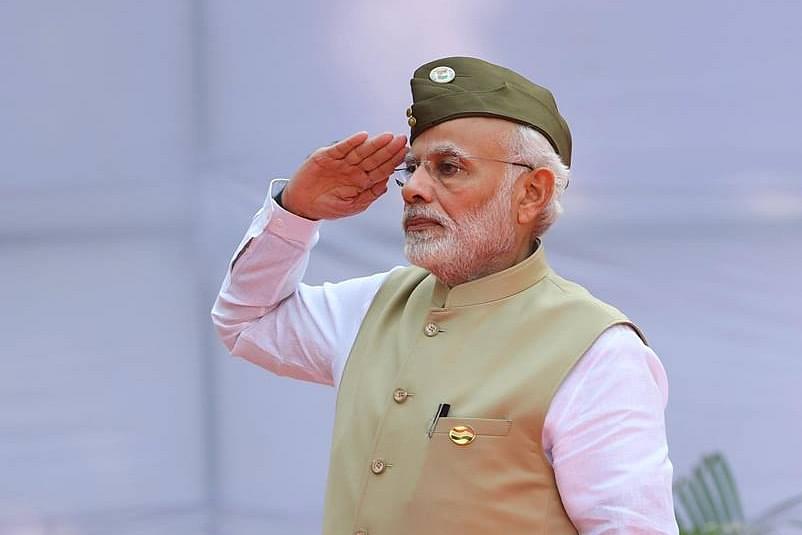 Traditionally, PM hoists flag on the Red Fort on 15 August but the event was planned by Indian National Army survivors and Netaji’s grandnephew, West Bengal BJP vice-president, Chandra Kumar Bose and the corresponding request was sent to the Prime Minister.

The Prime Minister paid his tribute to Netaji Subash Chandra Bose and said that Bose had promised a prosperous nation which was proud of its traditions with development in all the areas. “He had promised to uproot divide and rule. Even after so many years, these dreams remain unfulfilled”, he said.

Prime Minister Modi also displayed strength and resolve to deal with enemies of the nation. Modi said it has been the Indian tradition not to eye someone else's territory, "but when our sovereignty is challenged, we will hit back with double the force", as quoted by Economic Times.

He exhorted the citizens to fight and defeat the forces which are working against the country’s unity, constitution and independence, adding that a feeling of nationalism and "Indianness" is must to counter such designs.

The government is working towards equipping the armed forces with better technology and latest weapons. Measures are also taken to extend better facilities to the soldiers, PM said adding "We are heading towards building an army which was once envisioned by Netaji.”

It was a privilege to hoist the Tricolour at the Red Fort, marking 75 years of the establishment of the Azad Hind Government.

We all remember the courage and determination of Netaji Subhas Bose. pic.twitter.com/m9SuBTxhPQ