Those Who Stormed Red Fort On Republic Day Were Not Farmers But Terrorists: Karnataka Minister B C Patil 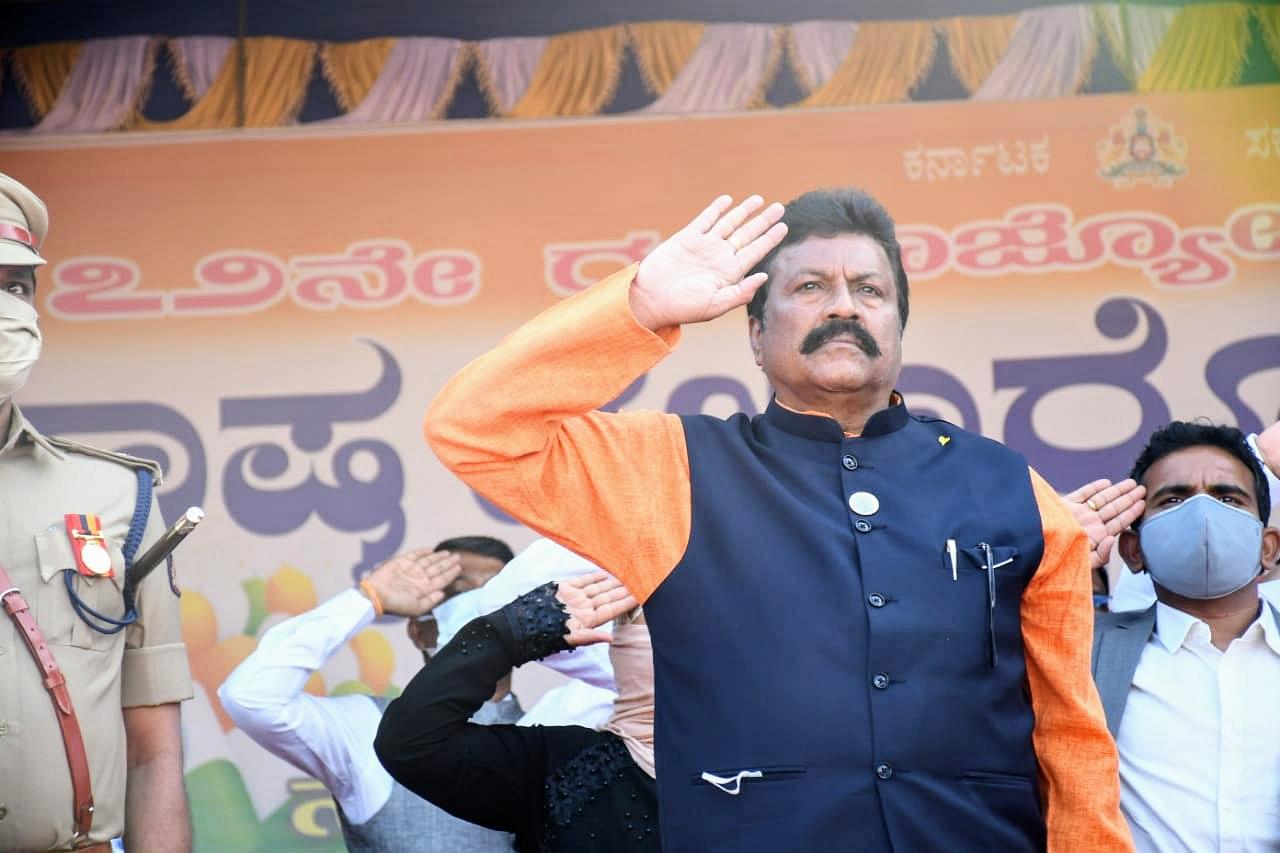 Karnataka Agriculture Minister B C Patil said on Tuesday (27 January) that those who stormed the Red Fort in the national capital on Republic Day were not farmers, but terrorists.

After unfurling the tricolour at the 72nd Republic Day function in Koppal district headquarters here, Patil said that those who stormed the Red Fort can not be termed as farmers by any stretch of imagination. "They can only be described as terrorists backed by the Congress and Pakistan," he said.

Patil is not new to controversies. In December 2020, he kicked off a row while participating in an event where he said that farmers who commit suicide are cowards.

Last week while participating in another event, he reiterated his statement and said that farmers with weak mind end their lives. On both occasions, farmer leaders had sought a public apology from Patil for making such statements.

According to Patil, the Indian tricolour and the Red Fort have special and constitutional sanctity and any insult to them, especially on Republic Day, is an utter disgrace in the country's democratic history. "It is highly condemnable and those guilty must be brought to book," he asserted.

Justifying his accusations, Patil, who served as a police officer before trying his hand at Kannada films and then joining politics, claimed that India's farmers' culture doesn't allow taking law into their hands or attacking the police.

He also said that the country's army too is in danger as Pakistan based terrorists in the guise of farmers have infiltrated into the country with the help of the Congress.

"Now even our army is in danger. If the Congress and the anti-social elements continue to support such terrorists, they may attack vital installations in the country," he said.

In response to a question, Patil said that unable to bear the good governance of Prime Minister Narendra Modi, the Congress has become desperate, and as a result of this, the party is supporting the protesters and instigating terrorists ever since the farmers' stir begun.