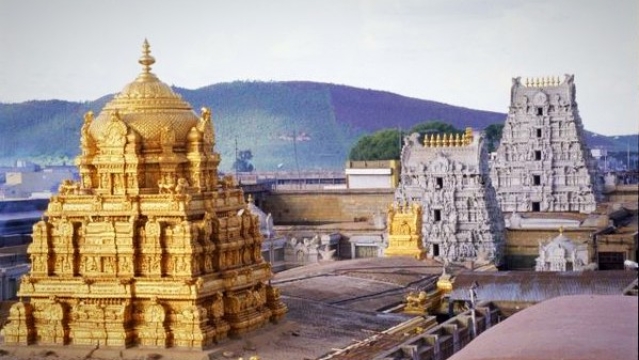 The Tirupati shrine has in the past few years been in the news for more wrong reasons than right, be it the controversy over the appointment on non-HIndu members to the temple board or alleged mismanagement of temple jewels.

Around 300 activists led by 30 Hindu pontiffs will march from Vijaywada to Tirupati covering around 500 villages seeking the formation of a committee to probe the allegations about jewels having gone missing from the hill shrine of Tirupati.

As reported by the Deccan Chronicle, the seers and activists will start the ‘padayatra’ on 29 July, walk for around 30 km a day and reach Tirupati on 12 August.

“Before we complete the 15-day march, the government should constitute a committee to find the facts to clear the allegations on the jewels of lord Venkateswara. The committee should contain board members, members of Vedic committee, Swamijis, gemologists and appraisers. If the government doesn’t constitute the said committee before completion of our 15-day foot march, then our action plan will be immediately announced at the public meeting,” said Saivakshetram head Siva Swamy.

He also alleged that the problems at the shrine had begun after the government announced the new trust board. “We don’t know what the government wants to do with TTD (Tirumala Tirupati Devasthanam) or Hindu devotees,” lamented Siva Swamy, talking of the various controversies surrounding the world famous shrine.