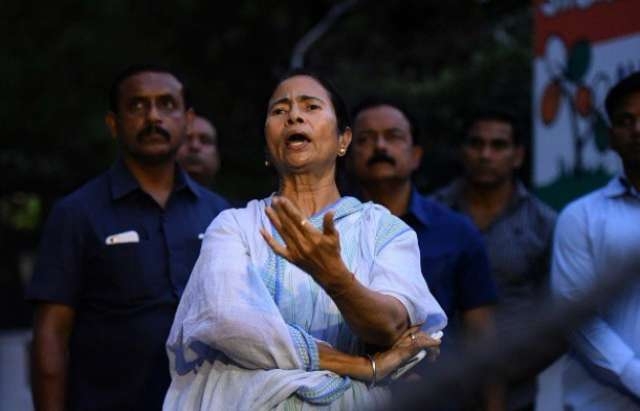 West Bengal Chief Minister Mamata Banerjee has come down heavily on her party’s MLA Subhranshu Roy by calling him a son of traitor, Times Now Hindi has reported.

Subhranshu Roy is the son of BJP leader Mukul Roy who joined the BJP in 2017 after a fallout with Mamata. Subhranshu is a Trinamool MLA from the Bijpur seat in South 24 Parganas.

After Mamata’s comment, an outraged Subhranshu praised his father for BJP’s performance and while denying that he will quit the party, claimed that he will have a consultation with his father in the near future.

Trinamool received a shock in the 2019 Lok Sabha polls after its party won 22 seats, a loss of 12 seats as compared to 2014. It was trumped by the BJP in assembly by-polls in both the number of seats won and total vote share.