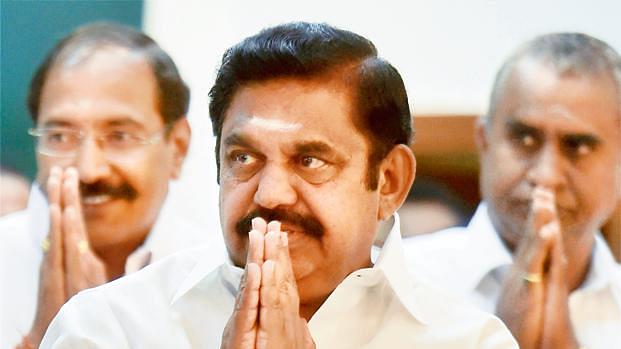 The Madras High Court will deliver its verdict on the disqualification of 18 legislators (MLAs) by Tamil Nadu (TN) assembly speaker P Dhanapal tomorrow (14 June). The ruling will also decide on the fate of the All India Anna Dravida Munnetra Kazhagam (AIADMK) government led by Edappadi K Palaniswami.

The 18 MLAs who owe allegiance to the breakaway faction of the AIADMK led by TTV Dinakaran, who has now floated the Amma Makkal Munnetra Kazhagam, were disqualified in September last year after they wrote to then governor C Vidyasagar Rao withdrawing their support to Palaniswami. However, they said that they continued to be with the AIADMK. TTV Dinakaran was expelled from the AIADMK after he attempted to take over from Palaniswami as the Chief Minister.

The High Court had reserved its verdict in January. Tamil daily Dinamalar reported that a bench of the Madras High Court comprising Chief Justice Indira Banerjee and Justice M Sundar will deliver the verdict at 10.30 am.

If the court upholds the disqualification, then by-elections could be held on the 18 constituencies. If the speaker’s order is struck down, then the government will have to face a test of strength in the floor of the Assembly.

The disqualification case is a tricky one and the judges will be stretched to the full in taking a decision on the MLAs having violated the Anti-Defection Act.

However, it is likely that either of the warring factions could appeal against the ruling in the Supreme Court.