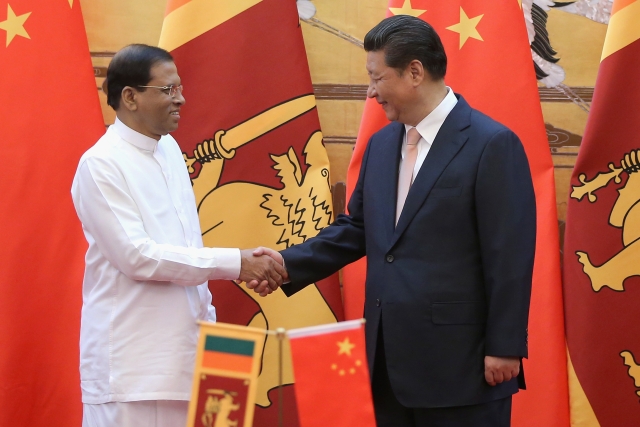 In a bid to gain influence in Sri Lanka, Chinese President Xi Jinping has offered a grant of $295 million (2 billion yuan) to the country’s President Maithripala Sirisena for a project of his choice, Reuters has reported.

According to the report, Sirisena revealed the offer while addressing a gathering at a ceremony to mark the start of construction of a Chinese-funded kidney hospital in his home constituency of Polonnaruwa.

"When the Chinese ambassador visited my house to fix the date for this ceremony, he said that Chinese President Xi Jinping sent me another gift," Sirisena told the gathering. "He has gifted 2 billion yuan to be utilized for any project of my wish. I'm going to hand over a proposal to the Chinese ambassador to build houses in all the electorates in the country," he added.

The move comes amid a backlash against unviable projects being undertaken under China’s Belt and Road initiative in Sri Lanka and other parts of the world.

Unable to repay the loans it took from China for a port in Hambantota, Sri Lanka has handed over the facility to Beijing on a 99-year lease. An international airport, also built with Chinese assistance, has earned the tag of the ‘world’s emptiest airport’. Both of these projects, which were clearly unviable, were undertaken under country’s former President Mahinda Rajapaksa’s tenure.

According to a New York Times report, Rajapaksa received a grant of $7.6 million from the state-run China Harbour Engineering Company for allegedly financing the last election campaign against Sirisena in early 2015.