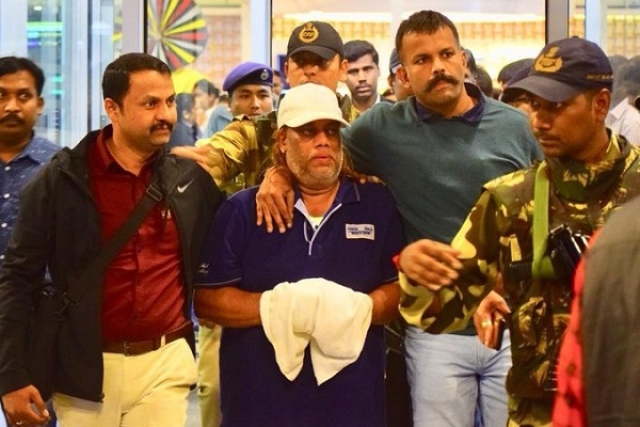 Underworld Don Ravi Pujari who was recently extradited to India, has claimed during one of his questionings that two top cops in Kerala, including a senior IPS officer had siphoned off Rs 1.5 crore while acting as intermediaries in one of his dealings, Matrubhumi has reported.

The incident is said to have happened around 10 years ago when Pujari had demanded Rs 2 crore from a private company allegedly involved in illegal activities. The underworld don has claimed that two senior cops acted as an intermediary between him and the company.

The cops though allegedly gave Rajan Rs 50 lakhs and kept the rest of the amount between themselves. The report has claimed that Rajan has also revealed the names of the cops involved in this transaction and a high level inquiry is expected to be commissioned soon.

Rajan was extradited to India after being arrested in Senegal while he was travelling with a fake passport from Burkino Faso, under the false identity of Anthony Fernandes. He was subsequently extradited to Bengaluru.