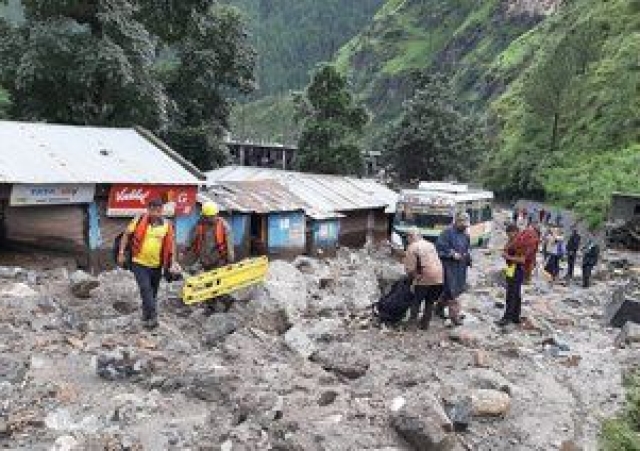 As torrential rains continued on Sunday in the hill states of Uttarakhand, Himachal Pradesh, at least 31 died, 10 were missing and many tourists left stranded, reports Hindustan Times.

Himachal Pradesh received its highest ever single-day rainfall on Sunday, over a 1,000 per cent higher than the normal. The rains triggered landslides, flash floods and uprooting of trees. Due to these, over 600 roads in the state remain including 13 highways and six bridges.

Mori block in Uttarkashi district, Uttarakhand saw flash floods on Saturday in which at least 8 died, while 10 others remain missing. Dozens of houses suffered damage and the entire market was washed away. In the past 24 hours, Uttarakhand received rainfall 159 per cent above the normal, with Nainital topping the chart.