Tourists From The US Grew By 6.17 Per Cent in 2017: Ministry Rubbishes US Body’s Claim Of Decline In Numbers 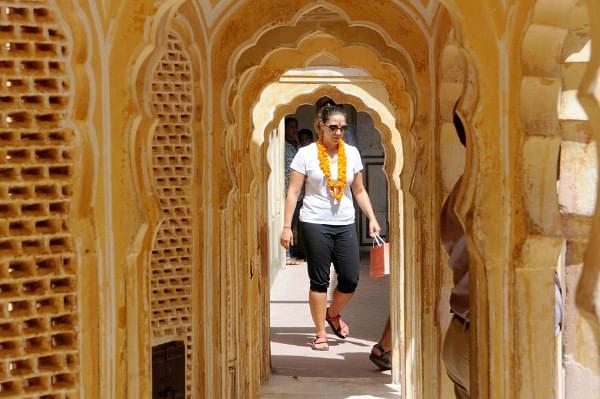 The Ministry of Tourism in a press statement on Thursday (20 September) clarified that Foreign Tourist Arrivals (FTAs) in India from the United States of America (USA) in 2017 grew by 6.17 per cent as compared to the previous year.

The clarification was issued after a report by US’ National Travel & Tourism Office (NTTO) observed that there was a decline of 7 per cent in the number of outbound tourists from the USA to India in the year 2017 over the previous year.

The Ministry also maintained that FTAs from the US in India never declined post 2010.

“The Ministry of Tourism clarifies that the Foreign Tourist Arrivals (FTAs) in India from the USA during the year 2017 have registered a positive growth of 6.17% over the year 2016. The FTAs from USA in India has never declined since 2010.”, said the ministry in the statement.

Ministry of Tourism also raised doubts over the traveller volume collection procedure of the NTTO by stating that the source of the report’s data was only airline reporting. In case there isn’t any direct flight between the two countries it is unclear whether the passengers report India as their final or transit destination.

Plus it also stated that other international check points besides airports were not taken into consideration.

The Ministry of Tourism, on the basis of FTAs compiled by Bureau of Immigration of India (BoI), which includes records of scanned passport of each person arriving at all the International Check Posts in India has claimed that there is never a decrease in the number of tourists from the US after the year 2010.