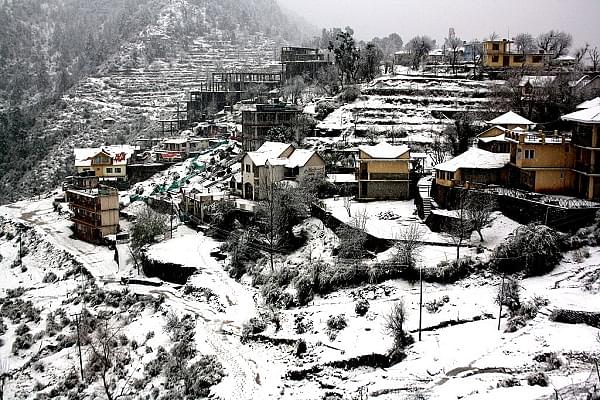 As the winter sets on the Northern part of India, hilly areas in Uttarakhand and Himachal have been covered with snow. Hill stations like Manali and Kufri in Himachal have received first snow of the season bringing cheers to tourists as well as local hoteliers, The Tribune has reported.

Manali, which is one of the hot tourist destination, has been covered in 10 cm snow. Usually, Manali receives snowfall in December, January and February but this year it was an early affair.

Hoteliers in these tourist destinations have been elated in expectations of good business. Local traders told the paper that it has been long time since an early snowfall occured in Manali and they are expecting a good business this year.

According to the report, arrival of the tourists started in Manali and nearby hills as soon as the news of the first snowfall spread across the plains area.

Meanwhile, in Uttarakhand, higher hilly areas like Badrinath, Gangotri, Yamunotri and Harshil has been covered with snow with temperature below sub-zero levels in some areas.

Other higher areas of the state like Mukhwa, Kharsali, Sukki top, Har Ki Doon, Kedarkantha and Bhairvghati has also been covered in snow.