Trade War Drags On: US To Hike Tariffs To 25 Per Cent On $200 Billion Of Chinese Goods From Friday 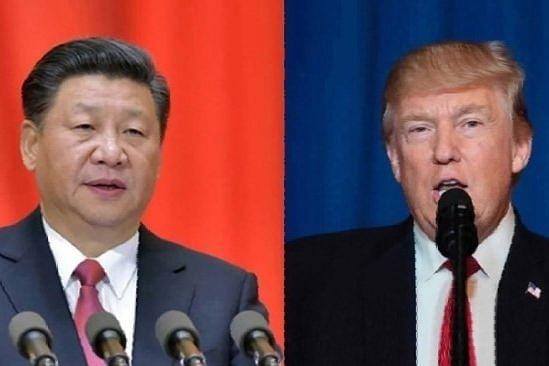 The trade war between China and United States (US) has now escalated by another notch as US President Donald Trump on Sunday (5 May) announced increase in the tariffs on $200 billion worth of Chinese goods from 10 per cent to 25 per cent from Friday (10 May), reports Business Standard.

For 10 months, China has been paying Tariffs to the USA of 25% on 50 Billion Dollars of High Tech, and 10% on 200 Billion Dollars of other goods. These payments are partially responsible for our great economic results. The 10% will go up to 25% on Friday. 325 Billions Dollars....

President Trump's action against China comes as he was not pleased with the slow pace of negotiations for a trade pact. Also, a major Chinese delegation is expected to arrive in Washington on Wednesday (8 May 2019) for another round of talks to end the trade war between the world's two biggest economies.

As recently as last week, the US had said that the trade talks were going well. However, on Sunday (5 May) President Trump reportedly complained, "The Trade Deal with China continues, but too slowly, as they attempt to renegotiate. No!"

The two sides have so far implemented tariffs on $360 billion worth of goods in two-way trade since last year. However, the talks for a pact began after President Trump, and his Chinese counterpart Xi Jinping agreed to a truce in December 2018 to refrain from further escalation.

In the negotiations, President Trump is believed to be pressing for broader access to the Chinese market to US goods, Beijing ending its practice of forcing American companies to share their technology for operating in China and an end to the theft of intellectual property and subsidies to state-owned companies.