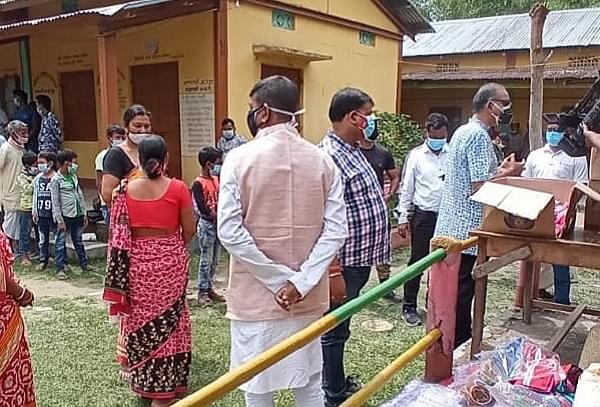 As the political violence against the workers of opposition parties continue in Bengal, more people are escaping to the neighbouring Assam to save themselves.

On Wednesday (5 May), 21 people arrived in Srirampur of Assam from West Bengal’s Cooch Behar. Assam government has accommodated them at a local school after conducting Covid-19 test.

“Mamata Didi is fueling miseries of people. Shameful! As if to reassert might of an abhorring demonocracy led by Mamata Banerjee, persecution of innocent by TMC continues. 21 people including an injured Dhiren Saha (45), facing threats of lives, arrived in Srirampur from Cooch Behar around 5 pm,” Himanta Biswa Sarma said in a tweet.

“The traumatized and hapless people from Falimari and Rampur villages in Bengal are accommodated temporarily at Assam's Srirampur MGR ME School, after COVID test. All necessary help being given. Such shame that Bengal makes such a brazen mockery of law, as disorder prevails!” he added.

Also over 450 people who reached Dhubri in Assam in fear of persecution in their home state were provided with two shelters after being tested for Covid-19.

“Tragic exodus of people from Bengal continues! Over 450 people, who crossed over fearing ruthless oppression in Bengal, are put up in 2 shelters in Dhubri. They are getting relief, also being tested for Covid-19,” BJP leader and minister Himanta Biswa Sarma said in another tweet.