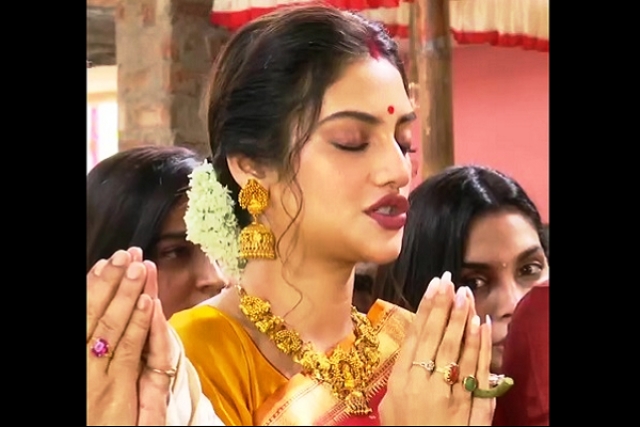 Due to the aforementioned reasons, she would not be able to attend the first day of winter session of the Parliament.

Actor and TMC MP Nusrat Jahan is not attending the Parliament session today. She was admitted to Apollo Hospital in West Bengal's Kolkata yesterday due to some respiratory issue. (file pic) pic.twitter.com/zqKlsGypeQ

In relation with the incident, the TMC's MP spokesperson was reported saying that she has been admitted to a hospital due to a respiratory issue. "She has a record of Asthma in the past as well. We wish her a speedy recovery and request kind co-operation of the Media."

Jahan made her political debut after winning the 2019 Lok Sabha elections from the Basirhat constituency in West Bengal defeating the BJP candidate Sayantan Basu by over 350,000 votes.

Earlier, Islamic clerics had issued a fatwa against popular actor and Trinamool MP Nusrat Jahan for wearing sindoor and criticised her for marrying her businessman boyfriend Nikhil Jain.