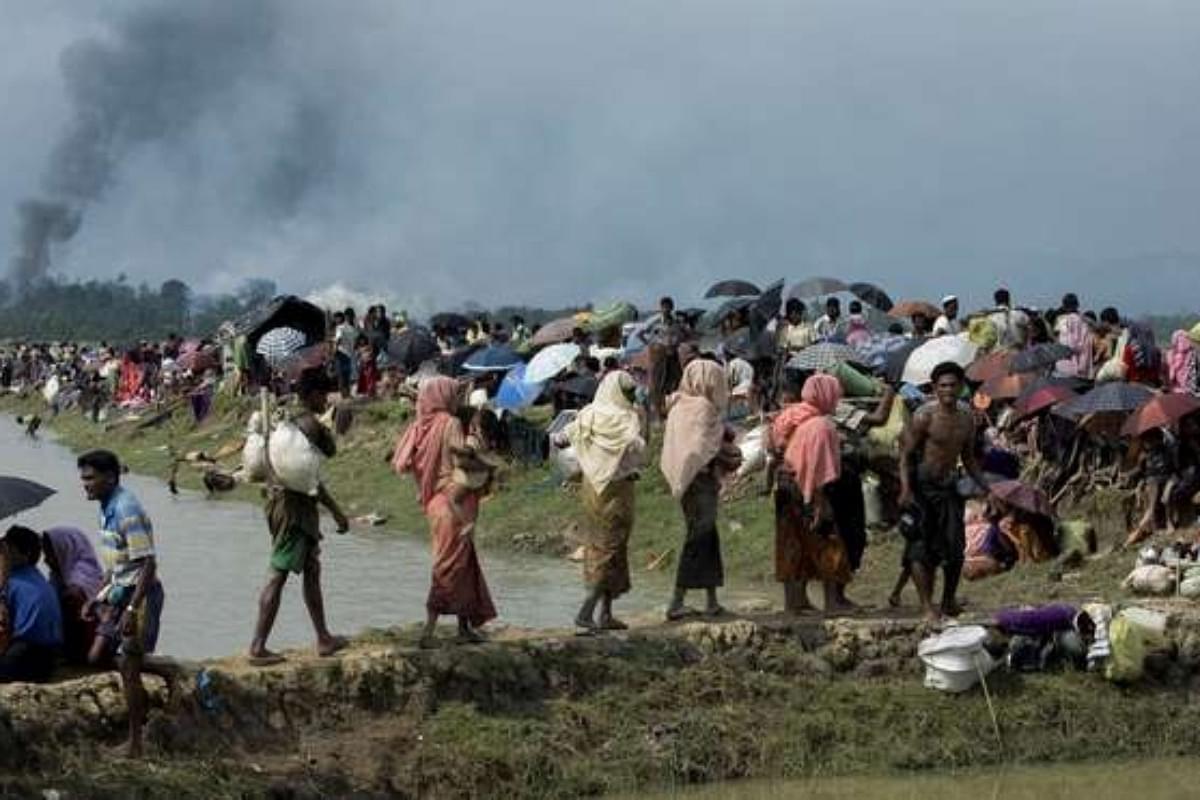 Acting on a tip-off, BSF intercepted three cars at Jiturdighipar check-gate on Monday evening, they said.

They were on the way from Kumarghat to Kailashahar, police said.

'On suspicion, all the suspected Rohingya immigrants were detained and taken to Kailashahar police station for interrogation. In the course of the interrogation, three people showed their refugee cards issued by the United Nations,' Superintendent Police Kishore Debbbarma told PTI.

Among those detained were ten children, he said.

Since they have UN-issued cards and have no adverse reports here, they will be set free as per the guidelines, he said.

They came from Jammu by train to Kumarghat via Kolkata and Guwahati, Debbbarma said.

'They said they don't know where to go,' he added.

However, sources said they planned to cross over to Bangladesh through the international border at Kailashahar.