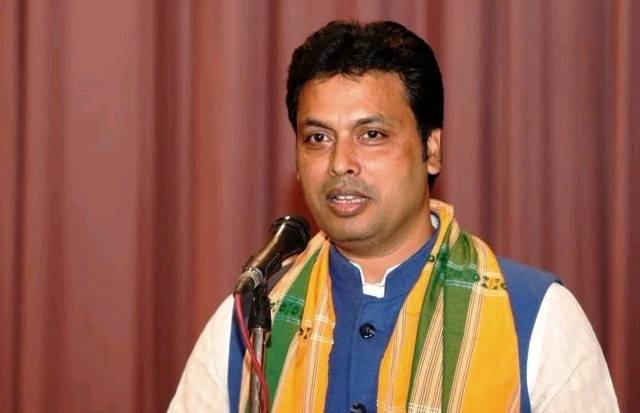 The BJP-led Tripura government has introduced 21 new schemes and taken copious steps in the past 23 months to improve the quality of education in the northeastern state, Chief Minister Biplab Kumar Deb said.

"I am not sure that any state government in the country has introduced a large number of 21 new schemes and taken a series of steps in just 23 months to develop the quality of education in the schools," the Chief Minister said while addressing an official function on Wednesday (12 February).

Inaugurating the newly constructed building in Kalyanpur Higher Secondary School (in Khowai district in western Tripura), the Chief Minister said the state government has introduced the NCERT curriculum from the ongoing academic session.

"As part of the government's mission to enhance the quality of school education, centralised examination paper, vigorous teachers' training, close monitoring of teaching in schools, evaluation of performance of teachers are being done. More than 50 new schools were opened, 28 Bengali medium schools converted into English medium schools, modernised school libraries, providing basic amenities in the schools are the other steps taken by the state government," Deb said.

Without naming the erstwhile Left Front government, he alleged that the previous government never thought about the future of the students.