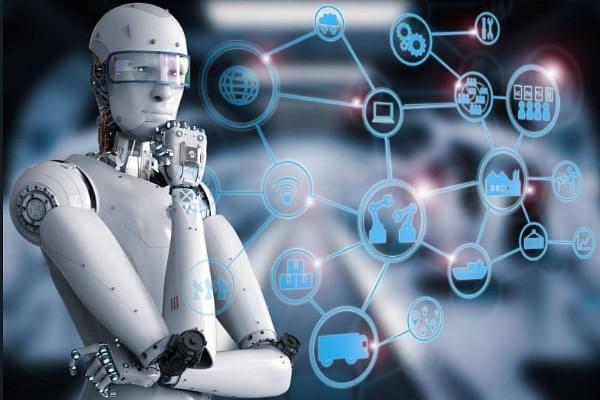 A scientist of Tripura University has made a robot from locally available and scrap materials to assist the front-line health workers, including doctors, to take care of the coronavirus patients from a distant place. The remote-controlled robot can carry 10-15 kilograms of materials, has an operational range of 15-20 metres, and can deliver food, medicines and other essential items to the COVID-19 patients.

"I have just spent Rs 25,000 and took a week's time to make the robot. Due to the ongoing lockdown, I could not collect the latest and modern devices and tools from outside Tripura, hence I have to depend on the local and scrap materials. I used the vital receiver of the robot from an old toy of a son of my relative," scientist Harjeet Nath told IANS on Tuesday (19 May).

Nath, who received the prestigious young scientist award in 2018, said that the robot can be of enormous help to the doctors, nurses and other health workers to deal with the patients of the highly contagious SARS-CoV-2.

An assistant professor of the Chemical and Polymer Engineering Department of the Tripura University, a central varsity, the 32-year-old scientist said that the robot, regulated by a transmitter and a receiver, can work for around 90 minutes after the lad acid rechargeable battery (135 watts) is given five hour's charge.

In the robot, Nath has installed a two-way communication device of a Wi-Fi-controlled camera with inbuilt microphone and speaker to help both the doctors or nurses and patients to communicate directly with each other maintaining a safest distance.

A resident of southern Assam, the enterprising researcher had earlier developed the first of its kind portable water purifier in the country, which can benefit people during calamities like flood and also reduce pollution.

He said that as the frontline health workers including the doctors and nurses are at the risk of getting infected with the highly infectious virus as they have to closely take care of the COVID-19 patients.

"In India and abroad many doctors, nurses and health workers were already infected by the dreaded virus. The robot would reduce the risk for the frontline warriors to a large extent," he said.

Nath, who was a research scholar at the IIT-Guwahati, said that he can add many more skills including thermal screening of suspected patients, sanitising the hospital floors to the existing robot to make the machine do many more other health related jobs besides purposeful.