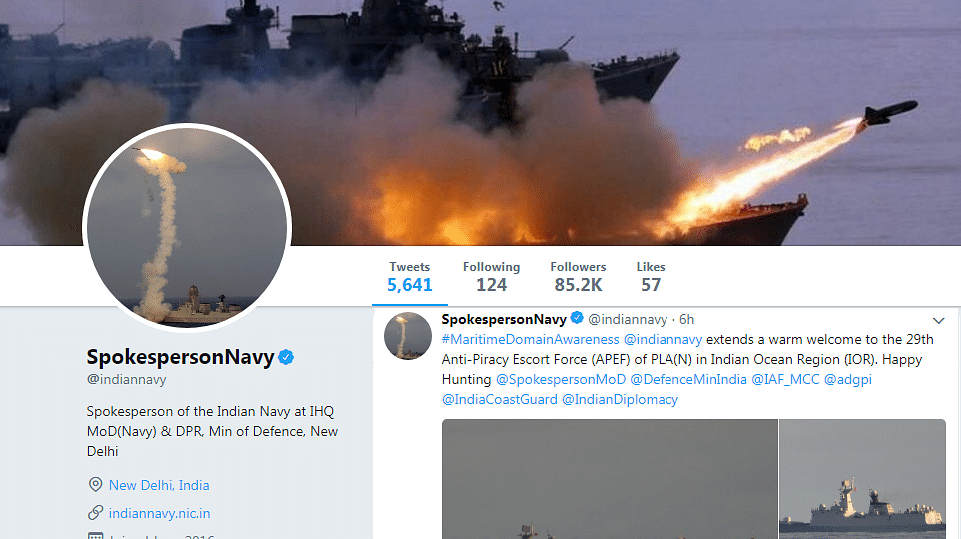 Showing that it keeps a constant watch on all activities in the Indian Ocean, the Indian Navy today tweeted a “warm welcome” to the 29th Anti-Piracy Escort Force of People’s Liberation Army Navy (PLAN) as it entered the region.

This move comes just months after the Indian Navy operationalised its new ‘mission-based deployment' plan to counter increasing Chinese presence in the Indian Ocean. Under this plan, the Navy has deployed combat-ready ships and aircraft along important sea-lanes of communications and 'choke points' in the Indian Ocean to maintain a continuous presence and monitor activities of foreign powers.

The plan was adopted in response to increasing Chinese presence in the Indian Ocean. According to reports, a large number of surface vessels and submarines - both nuclear and conventional - have been spotted by the Indian Navy in the last few years. By some accounts, China had also sent a flotilla to deter India from intervening in the Maldives and signal its support for President Abdulla Yameen.

In this context, the Indian Navy’s tweet seems to be an attempt to showcase the improved Maritime Domain Awareness capabilities of the force.